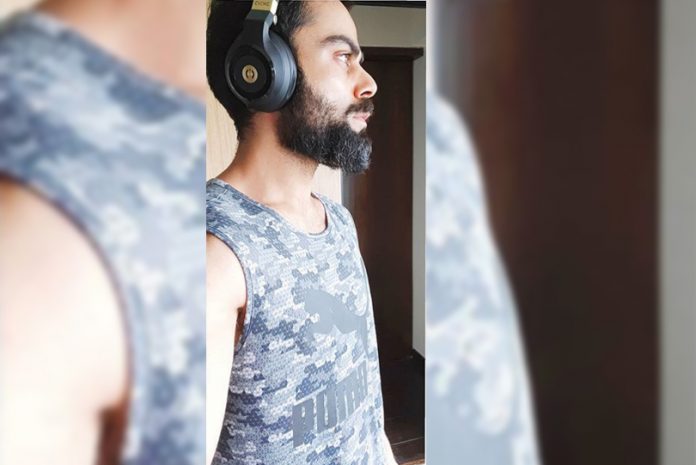 Indian captain Virat Kohli, apart from his own investments, is also one of the top endorsers of products in India. According to Forbes India, Cricket superstar Virat Kohli remains the only Indian in the Forbes’ list of world’s highest-paid athletes with total earnings of USD 26 million, jumping to the 66th spot from 100 in the 2020 standings. Virat Kohli’s total earnings have been reported at $26 Million, with $24 Million coming from his long list of endorsements and $2 Mn from salaries

There is no doubt that Virat Kohli, the India cricket team captain, has a knack to be a smart businessman. MuveAcoustics, is Virat Kohli music equipment company.Virat Kohli  has been seen several times sporting the music equipment and has even marketed its products online.

At a time when most of the sporting activities are at halt due to novel coronavirus, players are spending their time at home.Indian skipper Virat Kohli also staying in his Mumbai apartment with actress wife Anushka Sharma.

Virat Kohli recently took to his official Instagram account and posted an image of him on social media, promoting his own brand MuveAcoustics.While sharing the post he wrote “keep muving”. the best batsman in the world captioned the picture.In the past , Virat Kohli had been part of several brand campaigns for MuveAcoustics as well.

Earlier ,BCCI president Sourav Ganguly has declared that the Team india captain Virat Kohli is very worried about the Covid19 situation in the country and especially in Mumbai.

Ganguly said, he is is constant touch with the captain Virat Kohli and National Cricket Academy head Rahul Dravid to deliberate on the way forward for the Indian cricket. Dada revealed that the Indian cricketers including Virat Kohli are currently worried about the entire Covid19 crisis. Ganguly stated that situation in Mumbai, where the Virat Kohli is currently staying, is like an “absolute nightmare”.