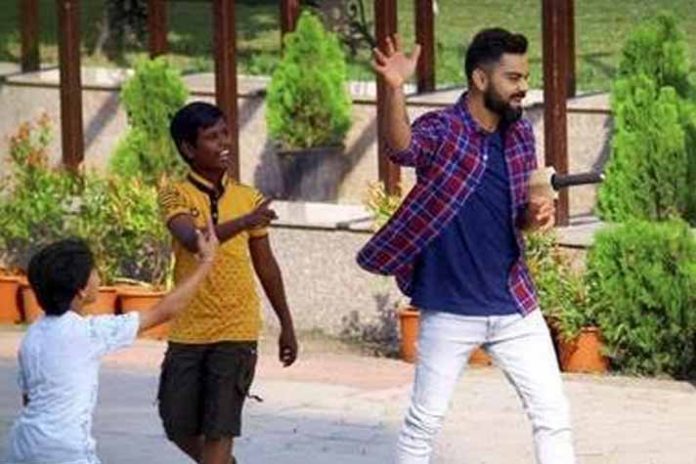 Indian captain Virat Kohli played `gully (street) cricket’ with children during a shoot in the Bicholi Mardana area in Indore.

Kohli, who was rested for the three-match T20 series against Bangladesh which India won 2-1, will lead the side for the two-match Test series beginning here on Thursday against the visitors.

The second match of the series will be played in Kolkata from November 22, and it will the first Day and Night Test in which India will be a part.

The video and photo of the shoot, which went viral, showed Kohli wearing a checked shirt and jeans and having fun with the children.

Both Indian and Bangladeshi squads practiced at the Holkar stadium here ahead of the test match.

Fans had gathered at the venue in large numbers to catch a glimpse of their favorite cricketers.