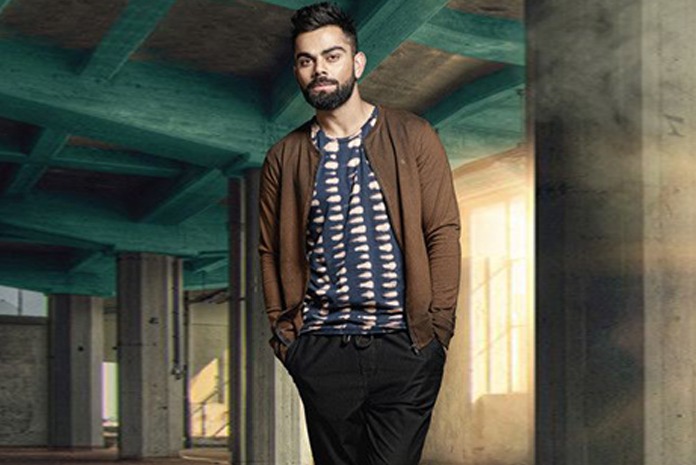 The lockdown and Covid19 has impacted everyone’s earnings but that is not true for the Indian cricket team captain Virat Kohli. In fact Virat has been earning consistently in crores despite of not even stepping out of his home. Kohli and his management team has used the digital reach of the world’s cricket blue-eyed boy to the maximum.
Virat Kohli earned in crores during lockdown through his instagram following

Since March he has posted messages for brands like Puma, Wrogn, Online edutech company Unacademy, and for Chinese smartphone company iQOO. Virat has existing annual relationships with most of these brands and for some he charges per posting.
Paid Partnership with Puma India:-

Keeping myself fully charged ⚡⚡⚡ with the LQDCELL Hydra #one8. @pumaindia

Can’t wait for you to see what we’ve created. Available to shop on https://go.puma.com/vk ?. #BTS @pumaindia

Inspired by the love of the game ?, the Basket and Smash #one8 sneakers have a special place in my heart. #one8 @pumaindia Collection link in bio

With the little monsters, GAME MODE is always ?. #one8kids @pumaindia

This Women’s Day let’s #turnitaround with @staywrogn . Wear your shirts, T-shirts and jackets inside out to stand in solidarity with the women in our lives and around the world. I invite @kuldeep_18 and @yuzi_chahal23 to #turnitaround and I’d be glad if you guys do so too! ?? Happy Women’s Day . #staymad #staywrogn #womensday

50,000+ Unacademy Learners! Safe to say that our first ever Live Class @unacademy was a smashing success! ?? Have hit sixes on the field before, but knocking this one out of the park was truly exciting. ? To all of you, keep dreaming, and keep cracking it! ?? #letscrackit #learnfromhome #legendsonunacademy

Are you ready for the #iQOO challenge? This was my version of it.? Think you can do better than this? Then: 1️⃣ Share your video with #GetYourQuestOn. 2️⃣ Tag @iqooind & me. 3️⃣ and nominate your friends for the challenge . I nominate @milindrunning and @yuzi_chahal23 to take up the #iQOOchallenge . #iQuestOnAndOn #MonsterInside #iQOO

1) Cristiano Ronaldo – According to a report earns almost $1.3 Mn per post. With his 222mn followers Ronaldo posted 42 promotional posts and earned more than what he makes by playing for Juventus

2) Kylie Jenner is paid around $1.2 million for a single post on Instagram, according to a new report.

Selena Gomez, Dwayne ‘The Rock’ Johnson, Beyoncé, Taylor Swift, Neymar and Justin Bieber made up the rest of the top 10.