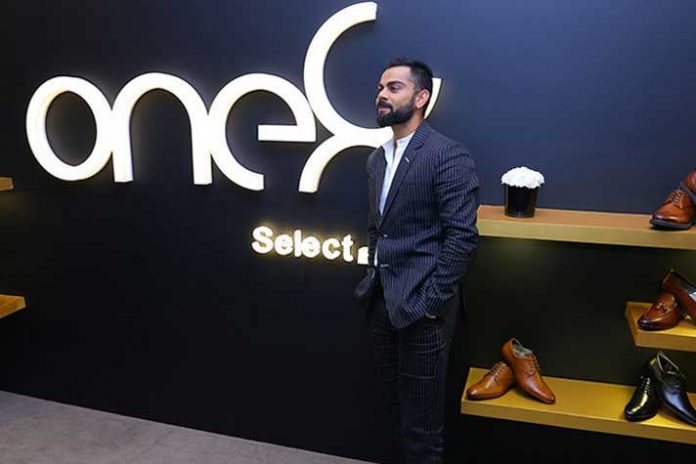 Virat Kohli is the only Indian celebrity with a ₹100 crore endorsement deal with a single brand. Now, India’s biggest brand icon has also become the owner of a ₹100 crore business brand.

Virat’s athleisure and sports shoe brand One8, co-created and co-owned with Puma, has grossed over ₹100 crore in Indian market within a year of its launch, national daily Times of India has reported.

Kohli in February last year had signed a ₹110 crore endorsement deal with German sports and athleisure brand Puma, becoming the first Indian sport star to ink a ₹100 crore endorsement contract with a single brand. And now the Kohli-Puma partnership has scored another first for the Indian sports as he becomes the first sportsperson to co-own a retail brand with ₹100 crore annual sale.

Brand One8 and Kohli are going to grow fast from here. The Indian national cricket team captain earlier this month has also launched his personal range of One8 fragrances.

Also read:  Kohli now comes up with his own range of One8 fragrances

Kohli reportedly gets a 10% royalty on the One8 sales. With ₹10 crore or more royalty from the One8 sales, Kolhi’s annual earnings from Puma may go past ₹25 crore. Around ₹14 crore come as the annual pay cheque from the eight-year, ₹110 crore endorsement deal.

“We believe collaborating with Virat back in 2017 was the right direction for the brand. Success of our collaboration with One8 has lot to do with Virat’s popularity. Also, the launch comes at a time when he is at such a pinnacle in his career,”  TOI has quoted Puma India MD Abhishek Ganguly as saying. “Currently, we are planning to double the range of products in this collaboration.”

The ₹100 crore retail aggregate will be considered an impressive and aggressive start for the one-year-old One8 when compared with established and bigger global brands overall performance. Reebok India, in market for over a decade now, had aggregated ₹390 crore in 2017-18, adidas’ annual sales are reported at ₹1,097 crore while Puma India has reported ₹920 crore sales during January-December, 2016.

“One8 is a brand very close to me and I have been personally involved in the conceptualisation of the line,” Kohli had told TOI. “The vision is to build the brand and go beyond the product to capture a way of life.”

MS Dhoni with brand Seven, Harbhajan Singh with Bhajji and Sachin Tendulkar with SRT are the other prominent Indian sports persons to have their own range of sports and athleisure wear. Yuvraj has established YouWeCan for cancer charity with a range of athleisure and causal apparels. But none of these Indian sports icons have come closer to Kohli in business volume.

Other than Kohli, global athletes like tennis sensation Roger Federer (RF), former basketball legend Michael Jordan and footballer Cristiano Ronaldo (CR7) have successfully rolled out their own brands. Interestingly, Federer is currently locked in a battle with his former sponsor Nike over RF after he partnered with Japanese apparel major Uniqlo.

However, Kolhi’s contractual clauses give him the liberty to retain brand One8 once his eight-year deal with Puma expires.