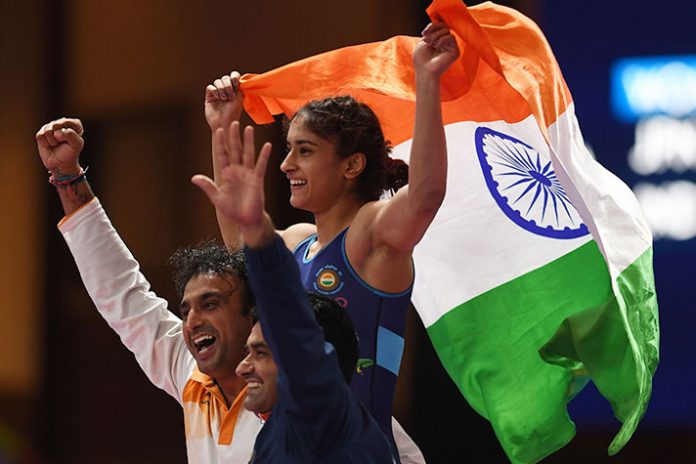 Ace wrestler Vinesh Phogat has become the first Indian to get a nomination for the prestigious Laureus Sports Awards. No mean achievement is this that puts her in the league of golf legend Tiger Woods.

The votes are in and the world’s sports media have selected the highest achieving men, women and teams over the past calendar year as the Nominees for the 2019 Laureus World Sports Awards, the world’s pre-eminent international honour for sportspersons.

Commonwealth and Asian Games gold medallist Vinesh Phogat becomes the first Indian to receive a nomination in the history of Laureus World Sports Awards. The 24-year-old from Bhiwani district in Haryana has made a sensational comeback after a long and testing battle with injury she sustained during the quarter-finals of 50kg freestyle event at the 2016 Olympic Games.

The last time an Indian sporting feat made its way to the Laureus World Sports Awards was in 2004 when the Indian Cricket Team and Pakistan Cricket Team shared the Laureus Sport for Good Award for playing an international match despite political tensions between the two countries. Most recently, Magic Bus from India won the Laureus Sport for Good award in 2014. However, Vinesh makes history as the first Indian athlete to be nominated in one of the seven main categories at the Laureus World Sports Awards.

FIFA World Champions France are in contention for Laureus World Team of the Year while stars of the tournament Kylian Mbappé and Luka Modric receive nominations in the Laureus World Sportsman of the Year category.

The toughest competition is likely to be for the Laureus World Sportsperson of the Year with a Disability Award. Joining the Paralympic gold medalists in a category shortlisted by a select panel from the International Paralympic Committee are Wimbledon, Australian Open and US Open champion wheelchair tennis star Diede de Groot, undefeated Boccia star Grigorios Polychronidis and T64 men’s long jump world record holder Markus Rehm.