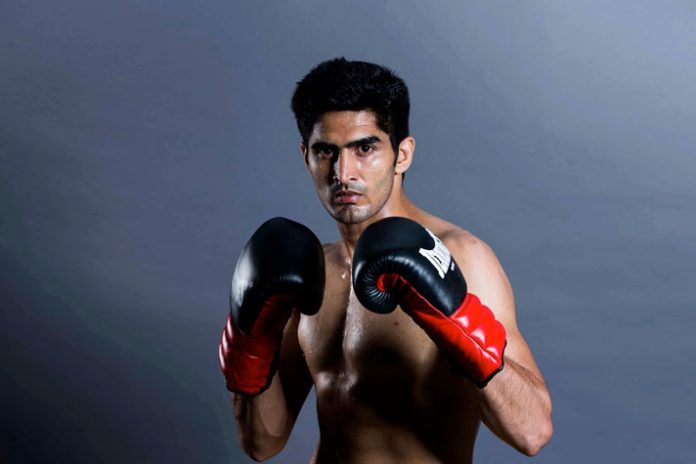 Vijender Singh’s bout against Lee Markham for the Commonwealth Super middleweight title has been postponed after his British rival opted out of the bout due to injury.

The cancellation comes precisely a week before the bound scheduled for July 13. Vijender was working hard for a shot at his third title after having won the WBO Asia Pacific and Oriental Super Middleweight titles. Vijender was currently training in Manchester for the bout.

“Lee has pulled out citing injury. Vijender’s UK promoters – Queensberry Promotions — tried to find an opponent for him to fill in the July 13 slot but that did not work out,” an official from Vijender’s India promoters, IOS Boxing, has told PTI.

“A new opponent is being looked for and the revised dates for the fight will be announced soon. Markham’s pullout was communicated to us by his promoters but the exact nature of his injury is not known to us,” he added.

Markham had the experience of 22 fights, with 17 wins, under his belt. The Indian Olympic medallist, Vijender has won all his 10 professional bouts till date.

The fight would have been Vijender’s first in six months since he successfully defended his twin titles in the clash against Ghana’s Ernest Amuzu in Jaipur.

The Commonwealth title is without a holder since January after champion Rocky Fielding had vacated it in pursuit of the European belt in the same weight category.

Vijender is continuing to work with his British trainer Lee Beard, who has been his guide ever since he took the professional plunge back in 2015.