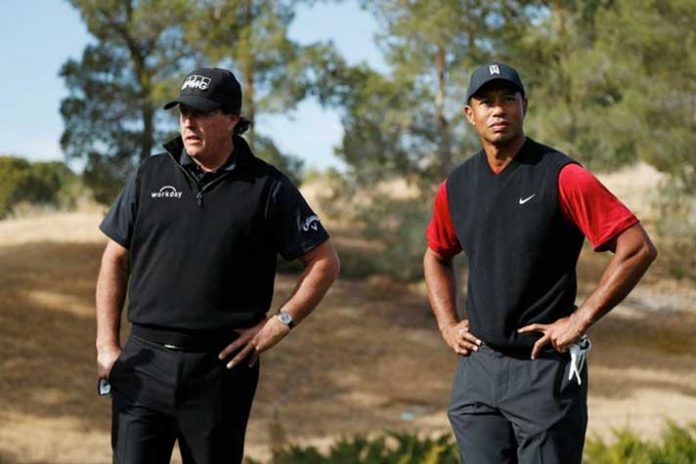 The fans who were disappointed by glitches in live broadcast of the Tiger Woods vs Phil Mickelson high-ticket contest will get the refund for the money paid to access the pay-per-view broadcast.

As the event last Friday was marred by a technical glitch, denying some viewers access to the feed in spite of paying $19.9 stipulated fee, the organisers had decided to live stream the feed for free.

However, here is a good news for those who had already paid for the $20 pay-per-view match between Woods and Mickelson, reportedly the first pay-per-view golf competition. The organisers have confirmed that they are going to refund the fee.

“The Match was an historic event, from Tiger’s opening tee shot to Phil’s final putt,” a Turner spokesperson had said in a statement. “Prior to the start of the event, we experienced a technical issue with the B/R Live paywall that we tried to quickly resolve. We decided to take down the paywall to ensure that fans who already purchased the event would not miss any action. This did not impact the live streaming of the competition and fans were treated to an event that was both engaging and memorable. Unfortunately, the pre-match technical issue did occur, and we will offer fans who purchased the event on B/R Live a refund.”

Comcast also said it would be issuing refunds. “We will proactively issue a $19.99 credit to any Xfinity TV customer who purchased ‘The Match’ pay-per-view event. No action is needed. The credit will automatically be added to your account,” the company said on its website.