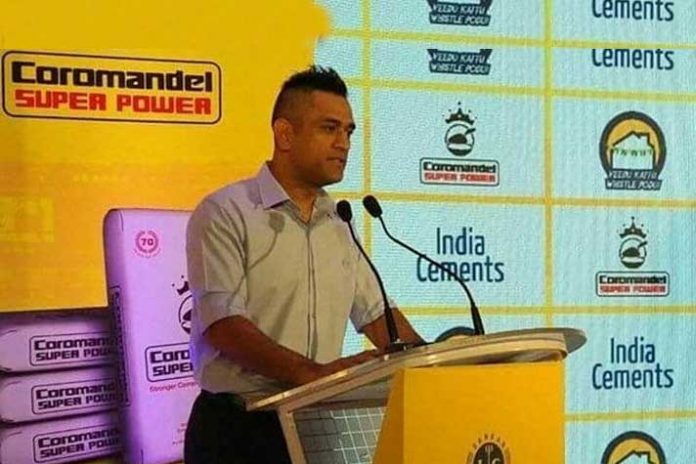 Mahendra Singh Dhoni proved his corporate credential beyond doubt as he padded up for India Cements at the Company Board Meeting as Vice-President Marketing.

Former Indian national cricket team skipper dons the hat of a top rung corporate with as much each as he puts on gloves to guard the citadel of Indian cricket from behind the stumps. A true all-rounder, Dhoni was at all ease speaking about the company’s growth and plans in his avatar as the Vice President, Marketing, India Cements, at the company board meeting.

His connect with the N Srinivasan-owned India Cements might have started as the captain of the company’s Indian Premier League franchisee Chennai Super Kings, but Dhoni as an astute director proved beyond doubt that his position in the company’s board is not just honorary.

On his debut to make presentation at the board meeting, Dhoni also said since he has cut down on his duties for Team India he would give more time towards his India Cement responsibilities.

Top company executive were all charged up with the presence of the great showman of world cricket. “He (Dhoni) is our greatest asset. He has already visited India Cements facilities – one in Banswara (Rajasthan) and at Sankar Nagar (Tamil Nadu),” company Vice-Chairman and managing director, N Srinivasan said.