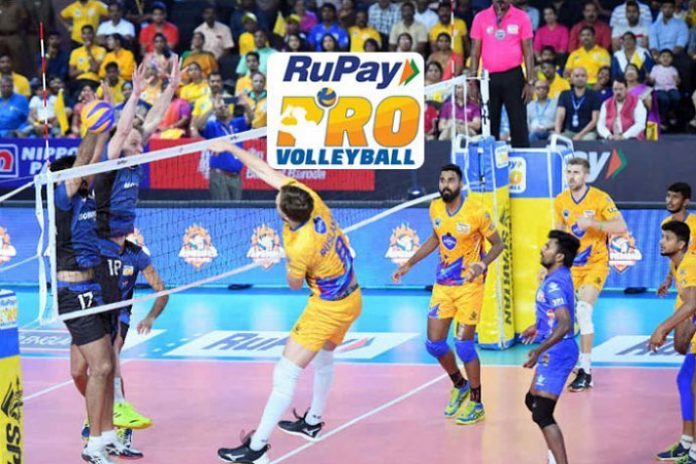 Two weeks after announcing the dates for the Pro Volleyball League Season 2, the Volleyball Federation of India has decided to ‘terminate’ or ‘amicable settle’ their contract with the commercial partners Baseline Ventures.

The VFI AGM has resolved to issue a termination notice to Baseline Ventures, who have created and launched the Pro Volleyball League last year. The federation has also claimed that it will organise the second edition of the league at its own.

Baseline Ventures co-founder and managing director Tuhin Mishra has denied knowledge of any such development. “I don’t know from where this information is coming. Forget about the termination notice, we till date have not even received a communication about a breach. We have been working with the federation as a team. Preparations for the second season are in full swing. The VFI is well aware that everything is on course. There are more sponsors on board for Season 2. Franchisees have been working on their teams,” Mishra told InsideSport.co.

The VFI in a Press release has stated that the AGM had decided to hold the second edition of the league at its own form February 25.

The recent development is a bit surprising as only last week the VIF and Baseline Ventures have issued a joint communique to announce the Pro Volleyball League Season 2 from February 7.

The VFI president, S Vasudevan in the Press note had hailed the league as the game changer for the sport of volleyball. “The league has given new aspirations to the young volleyball players of the country and provided an opportunity for our volleyball players to rub shoulders with some of the best in the world,” the president had stated.\

“It was also decided to issue amicably settlement / termination notice for Baseline Ventures India Private Limited with immediate effect since they have breached the agreement,” states the Press release. However, there is no mention of a breach.

The exact venue, broadcasters and the names of the six to eight participating franchises will be announced in due course by the VFI, states the report. “We are working unitedly as a family for the development and betterment of volleyball and players in the country,” Vasudevan said.

“The house”, the statement emphasised, “has unanimously authorised the Governing Council to take all major decisions for the conduct of the League. Raj Kumar, the executive vice president of the body, emphasized on building of a strong Indian team with the help of the state units of volleyball.