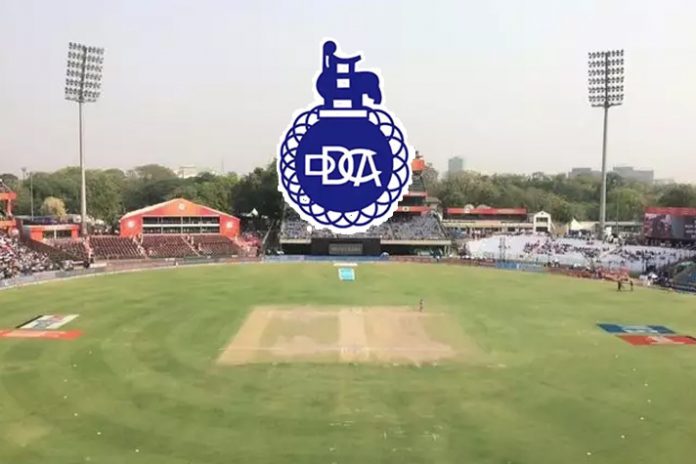 The Delhi and District Cricket Association general secretary Vinod Tihara has alleged that “some vested interests within the cricket administrative body” are trying to stall the long-delayed Annual General Meeting.

The cricket governing body in the Capital has not held a general body meeting ever since June 30, 2018, when Rajat Sharma and Tihara-led panel was elected to power. Neither the accounts of the body have been presented to the general body for approval.

Two days before the scheduled AGM, Government nominee in the DDCA Rajan Tewari along with several other members had moved the Delhi High Court for orders to stall the AGM. The applicants had also prayed for an injunction on voting on the resolutions. The court of the vacation judge, insidesport.co has learnt, denied to pass any orders while fixing January 8 for the next hearing.

Tihara has accused “person with vested interests of stalling the meeting at any cost. These are the same people who did not allow the general body to meet in the past 18 months in spite of all orders and requests. People in the DDCA are joining hands and also misleading some legendry cricketers of yesteryears. They have no agenda or common minimum programme, but just one aim to ensure that the AGM does not take place. It’s shocking to see these different group of people working against the constitutional and democratic rights of each DDCA member.

Some members of the DDCA Apex Council, according to national daily The Hindu, had also sought immediate intervention from the DDCA ombudsman on the “autocratic” decisions taken in recent times.

DDCA director Sudhir Kumar Agarwal, in an email to the ombudsman, has reportedly highlighted “irregularities related to the scheduling of the AGM”. Aggarwal has alleged that he as a director did not receive the notice of the AGM, which should have been delivered to him mandatorily 21 days prior to the AGM. He has reportedly also marked the mail to the Board of Control for Cricket in India and the Registrar of Companies.

DDCA joint secretary Rajan Manchanda too has told the daily that all was not well with Delhi cricket. “I have made repeated complaints to the ombudsman on the functioning of the DDCA,” The Hindu has quoted Manchanda as saying.

Tihara refuted the charges as an act of people with vested interests. “What prevents them from raising their voice at the topmost constitutional body of the DDCA. They have no agenda. No program. All they need is uninterrupted powers without accountability. That is not going to happen. They (Agarwal and Manchanda) should rather be questioned why the general body meetings were not called when according to them all was well in the DDCA. These were the people who should be questioned why the DDCA accounts were not approved in a timely manner? Whey there has been no general body meeting since the last elections? Why the unlawful amendments not put before the members for their approval? Why were they silent spectators rather working with hand in gloves when a certain group of people was defying the BCCI constitution and Supreme Court orders in utter disregard to the interest of the sport? Why were they silent when a statutory audit of the DDCA accounts were not happening?

“They had no issues when the DDCA affairs were managed from Noida (Rajat Sharma’s office). They had no issue when cricket activities had taken a back seat. Every office bearer or Apex Council member has accountability towards the DDCA members. You cannot escape that. “Will they answer how much money is spent on cricket and what all went into affairs other than cricket.

DDCA AGM on December 29 not to have president’s election

“If you have a problem with the general secretary what stops you from moving a resolution in the general body,” Tihara told insidesport.co. “We are functioning in the most transparent manner. Results are there for everyone to see. Delhi is back to the winning ways – in Ranji Trophy. At under-19 and under-23 levels. Even when there is a complaint against certain players (under-23 players have been accused of misbehaving with a female hotel staff in Kolkata) we have acted immediately. We have written to the BCCI to look into the matter. The DDCA Director of Cricket is sent to take full account of the incident. The players have been suspended pending an inquiry. That is an unbiased action. The DDCA is functioning in the most transparent manner. But, some people will never be happy with this.”

Justice (Retd) Badar Durrez Ahmed in his orders on November 21 had directed the DDCA to convene the Annual General Body Meeting between December 26 and 31 in accordance with law. The ombudsman in his order had also referred to the fact that the statutory audit of the DDCA had not been completed till date.