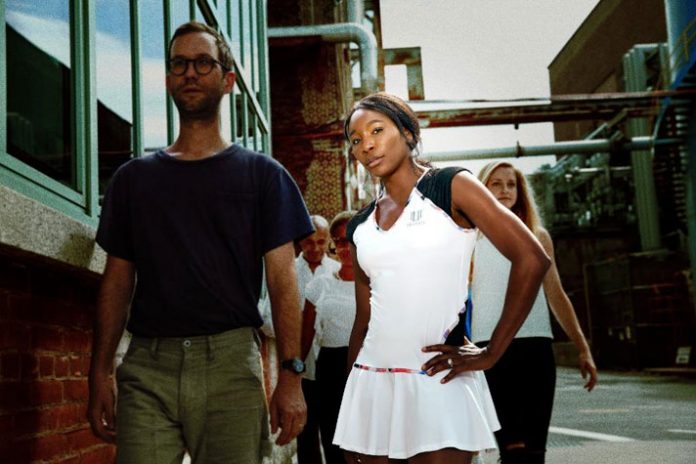 Tennis icon Venus Williams has partnered Shop with Golf to extend her women’s clothing line EleVen to golfers. Shop with Golf is an ecommerce platform launched by GOLF Channel and NBC Universal.

“It’s really an honor to work with such an established global brand like NBC,” Williams said in a press release. “When I first heard about Shop with Golf, it felt like the perfect fit for me to expand my reach and get my golfing girls in some EleVen.”

The EleVen by Venus brand will be promoted alongside other women’s golf wear on Shop With Golf, a content-meets-commerce platform created by NBCUniversal and Golf Channel.

“When I first heard about Shop with Golf, it felt like the perfect fit for me to expand my reach and get my golfing girls in some EleVen. I also love that I had the chance to be part of something that was going to bring more visibility to women in golf,” the business publication Forbes has reported her as saying.

“I’ve always been about this in tennis so having the chance to have a voice in golf felt like a really special opportunity for me. There’s such a timeless appeal with golf and tennis—it’s classic, has a rich history, and the fashions are on point.

“My EleVen girl isn’t just one thing. She pushes herself in everything, so she plays tennis, she plays golf, she works hard and knows how to have fun. I’m an athlete and have a degree in fashion design so felt really well-equipped to create sports apparel from that perspective.

“I know how things have to move and perform with you no matter the sport. The collection launching with Shop with Golf is a curated selection of my best hits. One of my faves is the Fly Skirt. It’s an asymmetric wrap skirt and you can go classic in black or white, or opt for this incredible coral shade.

“It has a built-in compression shortie liner that is sweat-wicking to keep you comfortable and cool no matter how long you’re out in the sun playing golf. Oh, and the best part? There are pockets! It’s perfect for golf.

“Not to brag here, but my line is unlike anything you’ll see out there. We have those perfect athletic wear staples and then we have funkier prints. All women can find something perfect for them, whether they are golfing or playing tennis.”

Josh Feldman, executive vice president and head of marketing and advertising creative for NBCUniversal, noted: “We recognize the expanding global interest in the game among women and designed Shop with Golf to showcase the premiere brands that feature women’s apparel.”

“NBC Sports Group, including GOLF Channel, is the exclusive home of the LPGA Tour, and this year will feature the highest number of televised tournament hours in LPGA history. Four women’s major championships, and growth events like the Drive, Chip & Putt National Finals and the Augusta National Women’s Amateur, also highlight increasingly diverse leaderboards and put women in golf in front of our massive audience.

EleVen by Venus tells the story of an athlete and woman in business, combining her love of fashion with activewear. Her line inspires ‘the pursuit of your best self’, which blends perfectly with Shop with Golf’s mission to make the game accessible, approachable and fun—no matter your skill set.”

The brand was launched on Shop with Golf earlier this week. Williams is a seven-time Grand Slam singles champion and a 14-time Grand Slam doubles champion. She is currently ranked No 55 in the world and is in the United Kingdom as she prepares her bid for a sixth Wimbledon singles title.