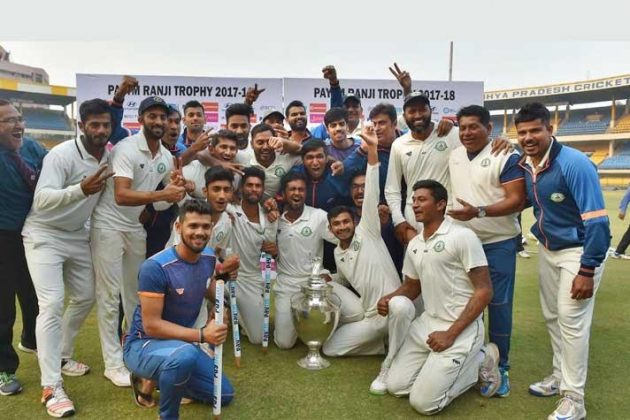 The Vidarbha Cricket Association (VCA) Thursday announced a cash reward of Rs 3 crore for its victorious Ranji Trophy squad, which defended the title by defeating Saurashtra in the final on Thursday.

Vidarbha lifted their second successive Ranji Trophy title with a comfortable 78-run win over Saurashtra in the final, proving that their maiden triumph last year was no “fluke”.

“The Board of Control for Cricket in India (BCCI) gives Rs 2 crore (as prize money) and we (VCA) will be giving Rs 3 crore additionally (to the team). So, the total purse will be Rs 5 crore,” VCA President Anand Jaiswal told PTI over phone from Nagpur.

Jaiswal also said that the association has “postponed” the event to celebrate the Ranji Trophy success, due to the Irani Trophy game, that will be played in the city from February 12.

“We will fix a date for a felicitation ceremony and the prize money will be given to the players during the event,” the VCA chief stated.

Vidarbha is only the sixth team in the tournament’s long history to have defended the title. Mumbai, Maharashtra, Karnataka, Rajasthan and Delhi are the other teams who have managed to win consecutive titles