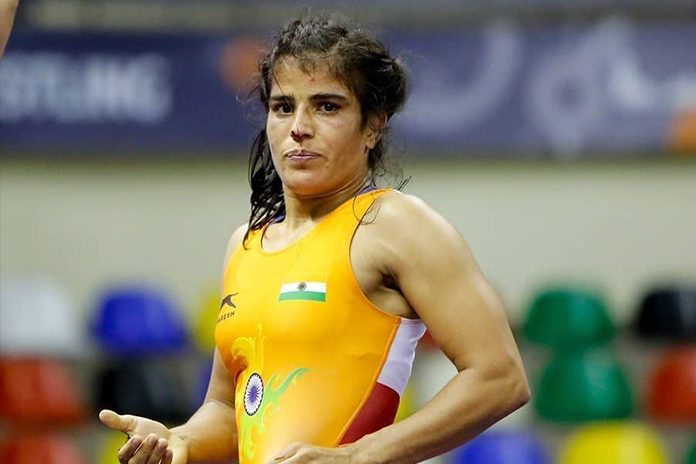 India’s Seema Bisla has created history of sorts even before the UWW World Championship has started.  According to the UWW release, Seema is seeded number 2 in the 50kg weight category of women. This is highest seeding even for any Indian women at the world championships.

Seema who started her season up at 53kg but dropped down to 50kg and made quite the run in the latter part of the season to leap her way up into a top-four seed. The Indian wrestler used her gold medal points from the City of Sassari Tournament, and the Yasar Dogu to slide into the No. 2 spot.

Arguably one of the most dominant women’s wrestlers in the world is top-ranked Yui Susaki. But Susaki was dealt a shocker when she was upset by Yuki IRIE (JPN) in a play-off for Japan’s world team spot at 50kg. Now, the weight will be without it’s reigning two-time world champion. After the forfeiture of the Japanese superstar’s top seed, Oksana LIVACH (UKR) will be the beneficiary of the No.1 seed in Nur-Sultan. The reigning European champion was last year’s world bronze medalist.

Sun and Demirhan Among Top-Four Seeds at 50kg

Wrestling fans in the Indian sub-continent can also catch the UWW World Wrestling Championship 2019 LIVE on WrestlingTV.in director from Nur-Sultan, Kazakhstan, as the competition runs from September 14 to 22.