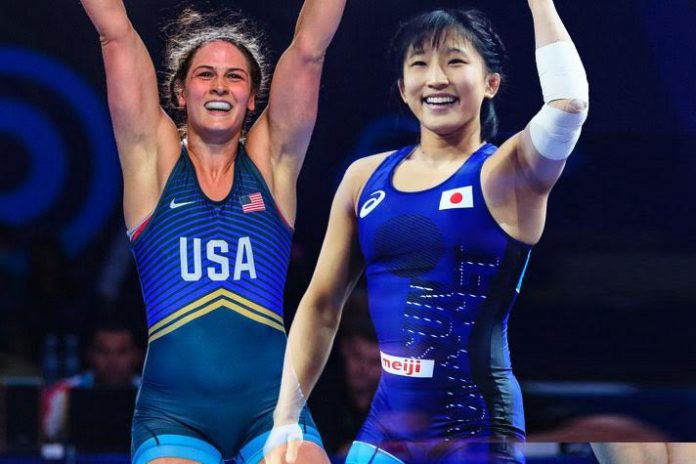 The bout is scheduled for 11 am India time.

The USA have not won a Women’s World Cup title since 2003.

The hosts on the other hand will be gunning for their sixth consecutive crown.

USA have booked the berth in the title round with a 6-4 win over traditional wrestling power houses Mongolia and hosts Japan have outplayed China to set up the title clash with mighty USA.

With Adeline Gray spearheading the US challenge, an intriguing duel is on the card.

Women’s Wrestling World Cup: 5 Top Wrestlers to Watch out for in Japan