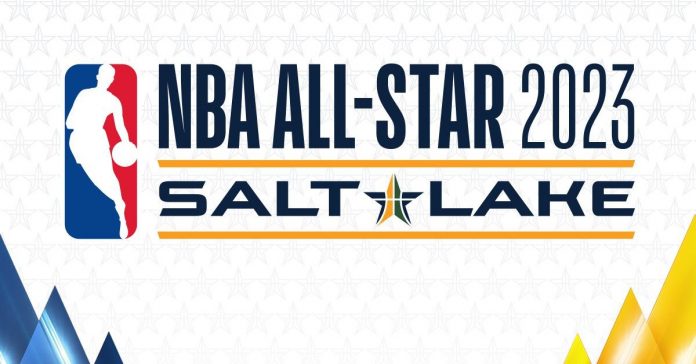 “Along with a rich basketball tradition, Salt Lake City has proven to be a world-class destination for large-scale events and sports competitions,” said Silver.  “I want to thank the Miller Family and the Utah Jazz organization for their commitment to hosting our All-Star festivities and to developing a program that will leave a lasting impact on the community.”

“The return of the NBA All-Star Game to Salt Lake City is a tremendous honour and an opportunity for us to welcome back the NBA family for one of basketball’s biggest events,” said Miller.  “The memory of John Stockton and Karl Malone sharing MVP honours 30 years ago remains strong.  We are excited to create new memories for this generation of NBA fans in a place that loves to celebrate basketball.”

“We are excited to bring NBA All-Star 2023 to Salt Lake City and Utah,” said Starks.  “We have civic and community partners who are engaged and committed to making our celebration very special.  Vivint Smart Home Arena is an ideal host venue after our recent $125 million renovation, which focused on enhancing the guest experience.  With the close proximity of the Salt Palace Convention Center and Huntsman Center as facilities, NBA fans will enjoy a dynamic downtown atmosphere.”

“I am very proud of our people and our state, and hosting NBA All-Star 2023 is a fitting tribute to the Miller Family and Utah Jazz organization,” said Herbert.  “We look forward to showcasing our state in an unforgettable way.  It’s true that nature played favourites with Utah.  Visitors can hike or bike in red-rock Moab in the morning, ski at Park City in the afternoon, and attend NBA All-Star events at night for a robust Utah experience.”

“Salt Lake City is a vibrant, diverse, and culturally-rich community that knows how to celebrate the experience of sport,” said Biskupski.  “Our 2002 Olympic Winter Games remain the standard against which all other Games are measured.  Our selection as the NBA All-Star 2023 host is a testament to Salt Lake City as a sought-after destination for major conventions, sports and entertainment events, and new business.”

NBA All-Star on court events will tip off on Friday, Feb. 17 at Vivint Smart Home Arena and will culminate with the NBA All-Star Game on Sunday, Feb. 19.  Additional programming for fans of all ages will take place at venues throughout the city, including the Salt Palace Convention Center and Huntsman Center on the University of Utah campus.

The league will also continue to celebrate its tradition and commitment to social responsibility with a full schedule of NBA Cares and Diversity & Inclusion events during NBA All-Star 2023.  Through partnerships with schools, government, and local and national non-profit organizations, the league will reach thousands of children and families in Salt Lake City and the surrounding areas and provide critical resources to community-based programs.

In 2023, TNT will be televising the All-Star Game in prime time for the 21st consecutive year, marking Turner Sports’ 38th year of All-Star coverage.  The game will be broadcast worldwide in more than 200 countries and territories and more than 40 languages.