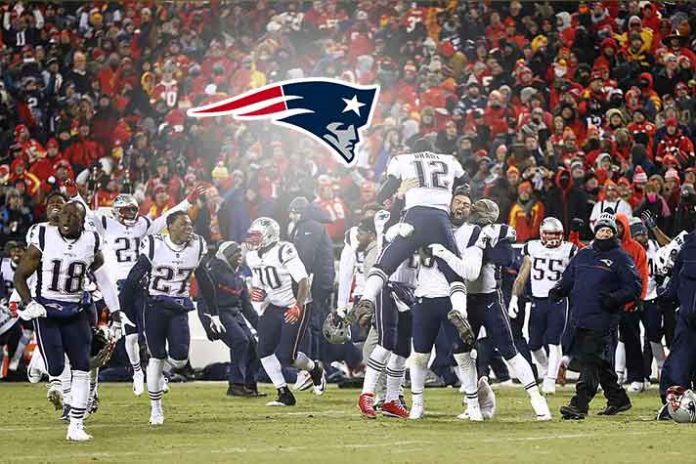 New England Patriots top the US Sports Sponsorship POWA Rankings ahead of New York Yankees and Golden State Warriors as the three most valuable sports clubs in terms of commercial power and sponsorship value in the USA. 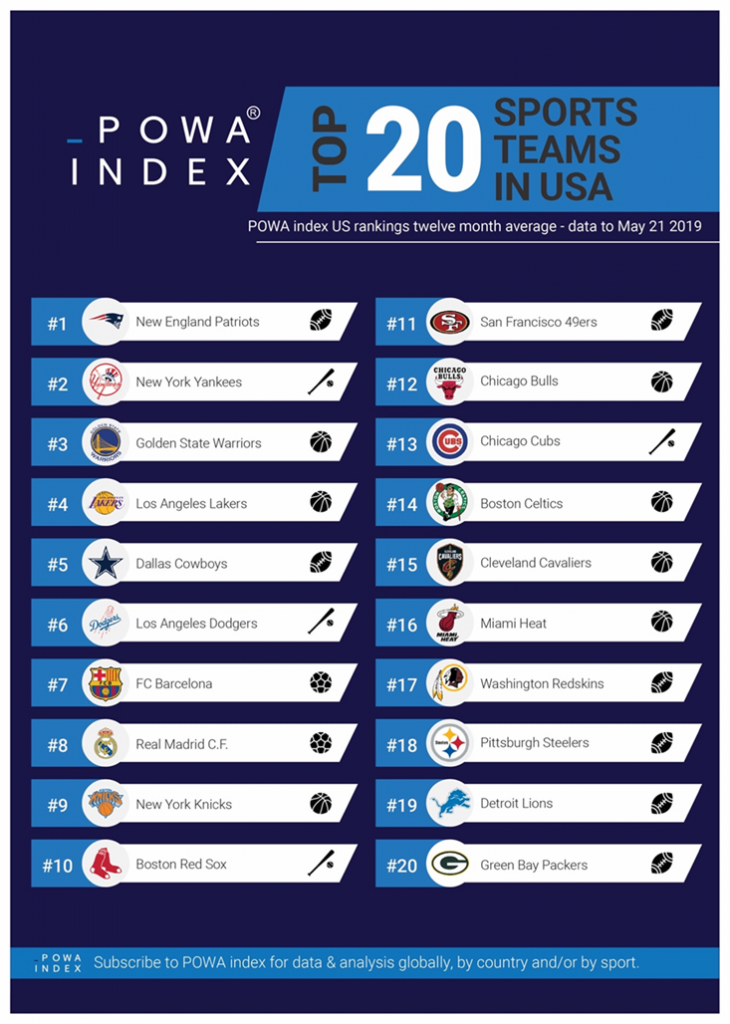 POWA index creates rankings by using artificial intelligence to benchmark the world’s rights-holders against each other. Through its proprietary algorithm, POWA index analyses trillions of data points across on-field performances, traditional media, digital media reach and fan engagement, and real-time online searches to provide an overall score for each rights-holder.

POWA index CEO, Michael Flynn, said, “The Patriots recent record in the Super Bowl with three championships in the last six seasons has seen the value of the club rocket to an estimated $3.7 billion, and this consistency makes a sponsorship with the Patriots a very attractive proposition, and UBER, Cross Insurance and Gillette (amongst others) are all really benefiting from their relationship.

“Barcelona & Madrid are undeniably the two biggest clubs in sport globally, thanks to recent on-pitch excellence and success in harnessing their enormous global fan base via TV, digital and social media, and their presence shows the increasing influence of professional soccer in the USA – which has got to be good news for the MLS.”