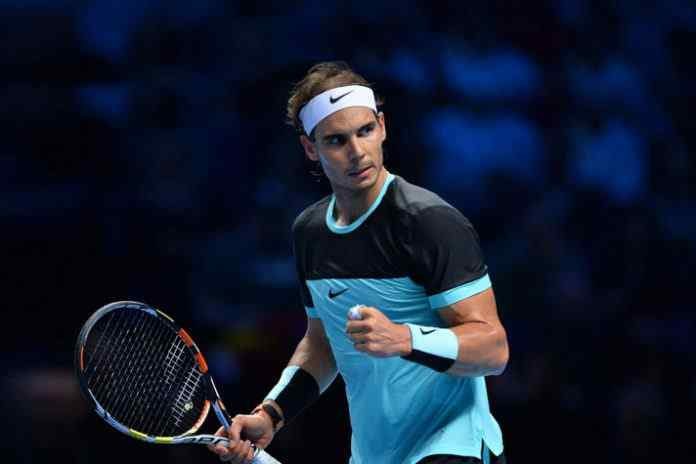 Defending champion Rafael Nadal will skip the U.S. Open because of the coronavirus pandemic, putting on hold his bid to equal Roger Federer’s men’s record for Grand Slam titles.
Nadal explained his decision in a series of tweets sent in Spanish and English on Tuesday.
“The situation is very complicated worldwide, the COVID-19 cases are increasing, it looks like we still don’t have control of it,” Nadal wrote.
The 33-year-old from Spain called sitting out the tournament scheduled to begin Aug. 31 in New York “a decision I never wanted to take,” but added that he would “rather not travel.”
The current No. 1-ranked woman, Ash Barty, already had announced she would be missing the U.S. Open.

US Open Tennis Withdrawals : Kyrgios, Barty also had announced they will not play US Open

The 25-year-old Kyrgios, who has been critical of fellow players for flouting lockdown rules, announced his withdrawal on social media.

Competition is due to take place from August 31 to September 13.

“I will not be playing this year at the US Open,” Kyrgios said.

“It hurts me at my core not to be out there competing in one of the sport’s greatest arenas, Arthur Ashe Stadium.

“But I’m sitting out for the people, for my Aussies, for the hundreds and thousands of Americans that have lost their lives, for all of you.

After Barty and Kyrgios, China’s Wang Qiang and 2017 French Open winner Jelena Ostapenko also joined the growing list of tennis players to withdraw from the US Open due to the coronavirus pandemic.

Per Baltic news website Delfi, Latvian Ostapenko said she feels its “too dangerous” to travel to the United States to play.

Wang announced her decision not to play in the tournament on Weibo, citing travel restrictions and health concerns.

New York City has been one of the cities hit worst during the coronavirus pandemic. There have been 230,000 confirmed cases there, resulting in more than 23,000 deaths.  The Billie Jean King National Tennis Center – the US Open venue – was even turned into a makeshift hospital at one point.

Afghanistan vs Scotland Live Score: Back to back wickets for Mujeeb Ur Rahman, Kyle Coetzer & Calum MacLeod depart – SCO 28/3 (4 ov)...

Afghanistan vs Scotland Live Score: Back to back wickets for Mujeeb...