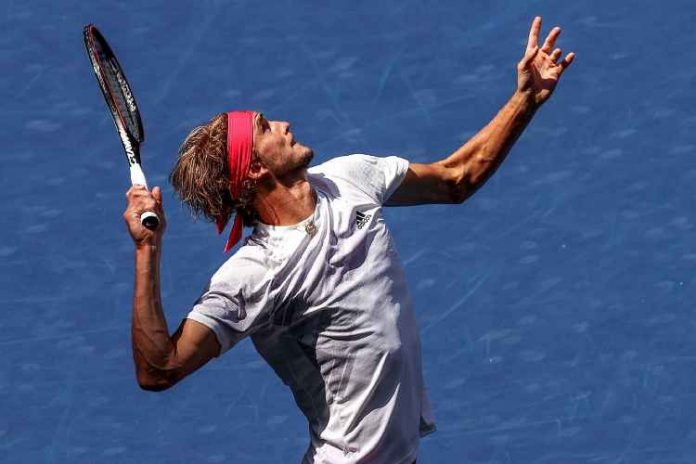 Alexander Zverev is a Grand Slam semifinalist for the second time in as many majors this year.

Zverev also overcame a ripple in the silence at the US Open, pausing before serving in the third set to ask ESPN courtside commentator Brad Gilbert to pipe down.

“I can hear every single word you’re saying,” Zverev said.

Gilbert had just commented on Zverev’s nine double-faults to that point. With silence restored, Zverev hit a service winner to hold for 3-3 after the players split the first two sets.

The German’s next opponent will be the winner of Tuesday night’s match between No. 12 Denis Shapovalov and No. 20 Pablo Carreno Busta.

Zverev reached a major semi for the first time at the Australian Open in January before losing to Dominic Thiem.

For the first time in 17 years at a tennis major, none of the men’s quarterfinalists at the Open has won a Grand Slam title.