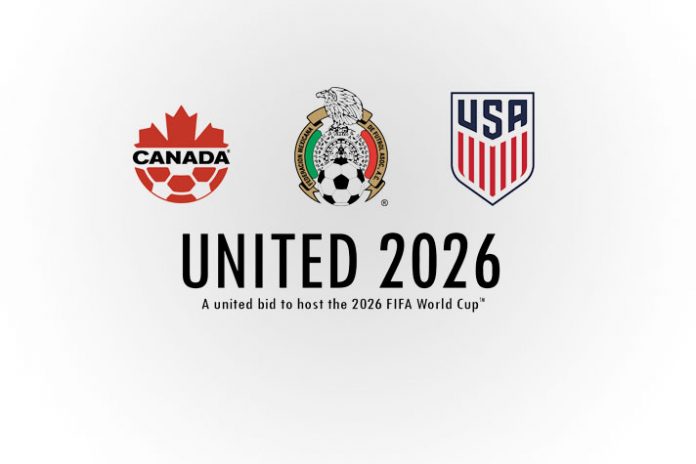 USA, Canada and Mexico’s joint bid proposal to host the FIFA World Cup finals in 2026 has pitched for a more than 5.8 million ticket sales worth US$2 billion (₹13,000 crores).

United 2026, the joint bid by the US, Canada, and Mexico to host the 2026 Fifa World Cup finals, has announced 23 candidate host cities ahead of its final bid submission.

The bid will be submitted to FIFA, world governing body for football, for the final host city evaluation and selection process in Zurich on Friday. If the United 2026 bid succeeds, FIFA will select 16 venues from the proposed slate of 23 host cities. 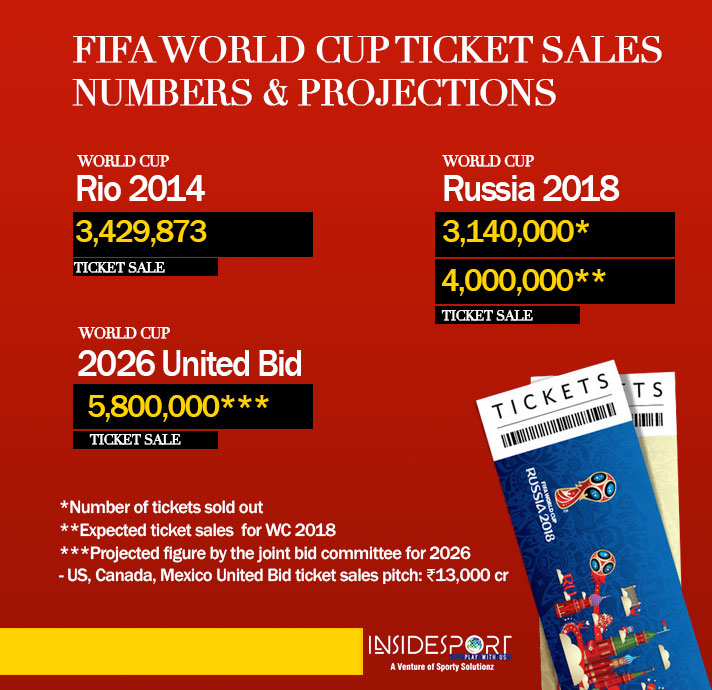 United 2026 says that the ‘number and diversity’ of cities chosen to host the World Cup matches represent the ‘most comprehensive and far-reaching hosting strategy ever developed for a mega-sporting event’ and emphasizes that the locations selected in Canada, Mexico and the US require no new stadium construction to stage the World Cup. The stadiums included in the proposal have an average capacity of over 68,000 per venue.

Three cities— Chicago, Minneapolis and Vancouver— stated on Wednesday that they would drop out of contention for the bid, citing uncertainty regarding the public funds needed to host the World Cup matches. Minneapolis also said money concerns were a factor involved in its exit from the bid.

Other cities removed from the last update provided by United 2026 in October include the Charlotte, Detroit, Las Vegas, Phoenix, Salt Lake City and Tampa.

Canadian news outlet The Breaker has reported that Fifa’s bid documents state that “governments must grant a general tax exemption for Fifa”, as well as “unrestricted import and export of all foreign currencies”. The documents also state “the government is requested to generally establish a visa-free environment or facilitate existing visa procedures for them”.

Fifa spokesman Hans Hultman has told the Associated Press that the governing body would respond as soon as possible to questions about the reasoning behind its requirements.

“Canada, Mexico, and the United States have joined together to deliver a United Bid that offers Fifa and its member associations the power of unity, the promise of certainty, and the potential of extraordinary opportunity,” said John Kristick, executive director of the United Bid. “We are confident that the combination of our 23 existing world-class stadiums, 150 existing elite training facilities, and our modern and interconnected transportation network can help Fifa to achieve new records for attendance and revenue, which will allow the entire global football community to improve and grow.”

“The United Bid is honoured to present to Fifa a bid that symbolizes the collective efforts of our three countries and our 23 Candidate Host Cities that have the demonstrated history and ability to stage the newly expanded 2026 Fifa World Cup,” added Peter Montopoli, bid director for Canada and general secretary of Canada Soccer.

“We’re even more confident we have everything needed to deliver the largest, most compelling Fifa World Cup in history and help accelerate the growth of football across North America and around the world,” said Yon de Luisa, Mexico’s bid director.

Fifa is due to vote on the United Bid committee’s application on 13th June. United 2026 is facing competition from a bid by Morocco.