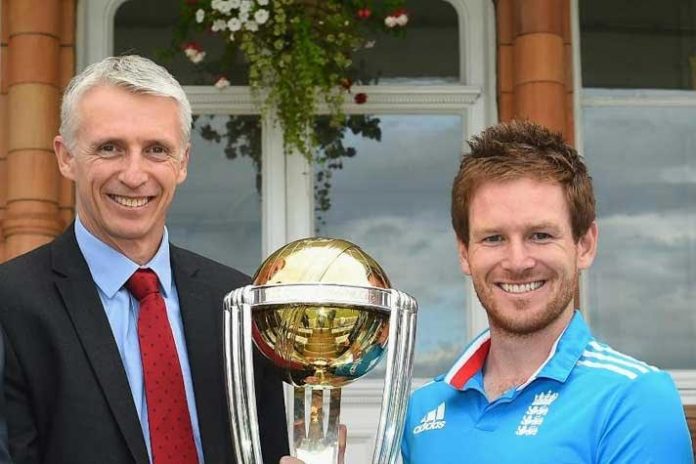 The International Cricket Council is buoyant with an unprecedented demand for the ICC World Cup 2019 tickets. The India-Pakistan fixture at Old Trafford tops the ticket requests, with the Final at Lord’s on July 14 a close second.

With just under a year to go until the ICC Cricket World Cup 2019 begins, excitement has hit the shores of England and Wales, with an incredible response from the ‘Cricket Family’ in the first round of ticket ballots.

Demand has exceeded expectations during the first opportunity for cricket fans to secure tickets, keeping the tournament on course to be the world’s biggest cricket celebration ever. Over one million tickets have been applied for, and as a result, 42 of the 48 matches will be balloted, ICC has stated in a Press release.

As expected, the Old Trafford fixture between India and Pakistan proved to be the most popular, receiving enough applications to fill Wembley Stadium twice over, closely followed by the final at Lord’s on 14 July, which is currently four times oversubscribed.

With matches across the schedule recording impressive numbers, Cricket World Cup 19 Managing Director Steve Elworthy was understandably upbeat: “The response has been fantastic, not only domestically in England and Wales, but from fans around the world, which gives us enormous satisfaction as we work towards making this a truly global celebration of cricket.

“We expected a high demand for tickets, so we look forward to seeing the excitement continue when the Public Ballot opens later this summer.”

Fans will hear if they have been successful or not in the Cricket Family Ballot next week. There will then be another opportunity to purchase the remaining tickets when the CWC19 Public Ballot opens at 10h00 (BST) on 1 August 2018, which will be the first time the tickets will be on general release. The same system for the Cricket Family Ballot will be implemented, with ticket allocations being decided on completion of the ballot period on 29 August 2018 at 8pm (BST).

Tickets for all matches at every price band will be available in the CWC19 Public Ballot, with limited allocation for the most popular games. Fans will be reminded to consider back up options for matches to attend, as the 10-team round robin of matches provides plenty of opportunities for fans to see their favourite team.

Tickets for children are available from £6, with a family of four able to go to selected group games for as little as £44.

Remaining tickets will go on general sale on a first-come, first-served basis later in 2018.

For those who win tickets but are subsequently unable to attend, an official reselling platform will be available through the CWC19 ticketing website in the autumn.

Hospitality tickets will be available directly through venues and will give fans the opportunity to secure a place at the tournament in addition to enjoying the best matchday experience each stadium has to offer.

Over one million tickets are applied for in Cricket Family Ballot. As a result, 42 0f 48 matches of the tournament will be allotted.