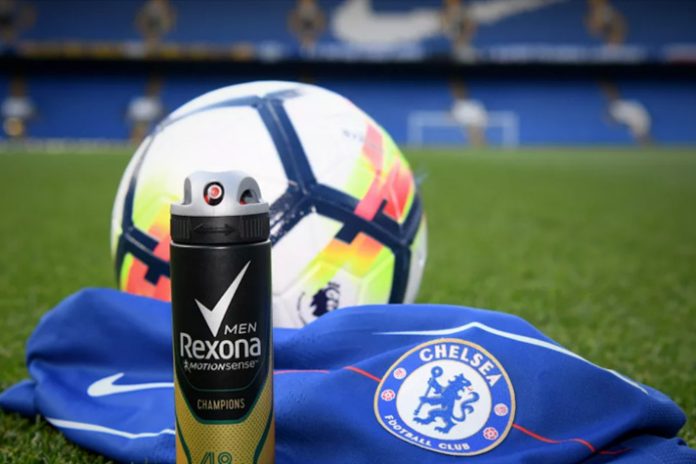 The agreement extends the Blue’s existing relationship with Unilever, which already incorporates the Shield and Rexona brands in Africa and Sure in the UK.

Popular deodorants Rexona, Shield and Sure are the among the personal care brand range of the British-Dutch transnational consumer goods company that has annual sales of billion euro and above.

Chelsea and Sure, since the launch of the partnership in 2017, have successfully worked together in various activations and promotions to engage with football fans, including the collaboration on the multi-award winning Sure Pressure Series.

In Africa, affiliation with Shield and Rexona focuses on creating a grassroots football programme, delivering on their brand purpose of inspiring people to move more and providing talented footballers with the opportunity to achieve their potential.

Chris Townsend OBE, commercial director, Chelsea FC, said “At Chelsea we pride ourselves on working with some of the world’s leading companies, so we are delighted to extend our existing relationship with Unilever, welcoming Rexona as our new global personal care partner.

“Over the past two years we have demonstrated that working in close partnership together is key to delivering some exciting and inspirational campaigns.”

“We have been immensely proud to work with Rexona to create football development programmes for aspiring young talent and we now look forward to maximising the potential of our partnership on a global scale.”

“We look forward to working closely with the club, encouraging people to move more to live more, making every moment matter.”

Chelsea will be up against Huddersfield for their Premier League 2018-19 season opener today at 7:30 pm (IST)