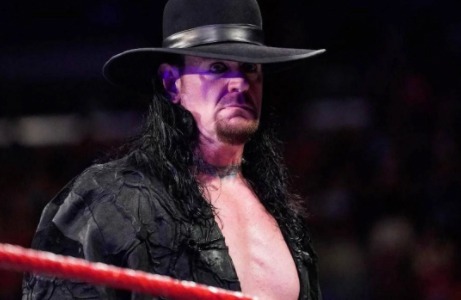 WWE News : WWE released a special episode of the Undertaker: The Last Ride documentary series this recent Sunday on WWE Network entitled, “Tales From the Deadman.”

The episode was essentially a collection of stories told by The Undertaker. Some were about key moments in his legendary career, while others were humorous road stories that could likely only happen in the wild world of professional wrestling.

Undertaker, who previously said on the finale of Undertaker: The Last Ride that he has no desire to wrestle another match, gave some insight into one of the big fears he had after initially signing with WWE back in 1990.

The Deadman referenced the egg that WWE promoted for weeks leading up to Survivor Series 1990 and said he was sure he was going to be asked to come out of the egg and take on the character of “Eggman” or “Egghead.” Instead, he received a call from WWE Chairman Vince McMahon, who informed him that he was The Undertaker. He made an impactful debut at Survivor Series 1990 as the mystery member of Ted DiBiase’s team, while The Gobbledy Gooker burst out of the egg in what is still one of the most widely panned moments in wrestling history.

The episode also provided viewers with an explanation of wrestler’s court, which was a longstanding tradition backstage in WWE. If wrestlers were accused of breaking etiquette or an unwritten rule, their cases would be held in wrestler’s court.

Undertaker was always the judge, and he discussed the importance of New Day member Xavier Woods gifting him a gavel with his name engraved on it:

The Undertaker said it “meant a lot” and added: “One of the cooler gifts that I’ve been given through the years. It means a lot to me.”

At another point in the episode, Undertaker discussed the Bone Street Krew, which was a group of wrestlers who were friends in WWE. The Undertaker is the most famous member, but it also included The Godfather, Yokozuna and many others.

The Bone Street Krew got involved in plenty of hijinks, including a time when WWE had a show in Kuwait. Taker said the group was getting antsy since there was no alcohol allowed in the country, so he took to flicking matches at people for fun in the hotel room. He flicked one at Yokozuna and it landed on the back of his head, which resulted in his hair catching on fire. Taker said he and several others put the fire out, and Yoko had a good laugh about it afterwards.

Another story The Undertaker told that is more well known took place on a flight from the United Kingdom to the United States after Taker injured his ear in a match against Stone Cold Steve Austin.

The Phenom said the injury had him in and out of consciousness on the plane, and at one point he awoke to see Kurt Angle and McMahon wrestling each other. Taker thought Angle was trying to hurt Vince, so he put the Olympic gold medalist in a chokehold. Once everyone informed Undertaker that Angle and Vince were playing around, he released the chokehold and went back to sleep.

One can only imagine that The Undertaker has an endless amount of stories after spending a remarkable 30 years in WWE, and he provided the WWE Universe with some good ones on Undertaker: The Last Ride.