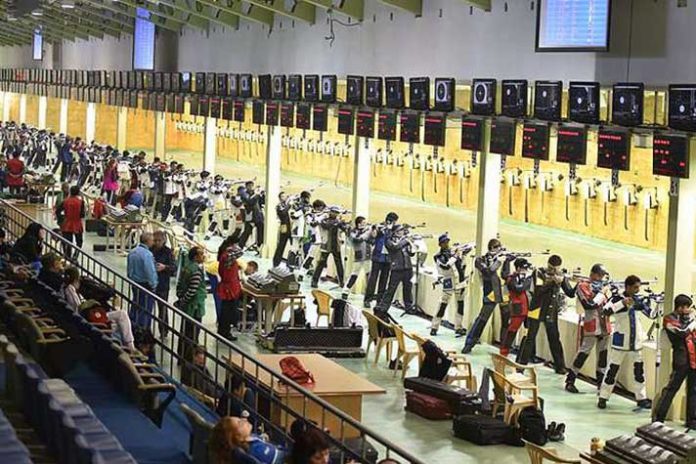 It all has started with the withdrawal of Olympics quota to the 25-metre rapid fire air pistol winners at the ISSF World Cup in New Delhi after the Indian establishment had denied visas to Pakistani shooters. Next was the International Olympic Committee diktat to suspend all talks with India for allotting the Indians national sports federations and the Indian Olympic Association.

Now, the country is faced with the threat of losing the rights to hosts international sports events, including some big ticket competitions. The first casualty may be the Asian Junior Wrestling Championship. The minimum and a must pre-requisite to safeguard the prospect of hosting international sports events is a letter from Union Government to assure that the Pakistani athletes who are picked to attend the competitions in India.

According to a report by national daily Times of India, the government is not willing to give a written assurance before to general insurance to the International Olympic Council about giving visas to all athletes and officials.

Among other major events facing a threat of being taken away from India are the men’s FIH Hockey Series Finals Olympic qualifying event in Bhubaneswar in June, the Commonwealth Table Tennis Championships in Odisha in July where Pakistani paddlers are also expected, the combined ISSF World Cup (rifle/pistol/shotgun), to be held in India ahead of the Tokyo Olympics.

India’s future bids for global events are also in jeopardy. The Boxing Federation of India (BFI) wants to bid for the Asia-Oceania Olympic qualifier in April 2020, but AIBA has already threatened to take way the hosting rights of the men’s senior world championships in 2021. Similarly, the All India Football Federation’s (AIFF) bid for the FIFA under-17 women’s World Cup in 2020 is in deep trouble. Not to forget proposed bids for 2026 Youth Olympics, 2030 Asian Games and 2032 Summer Olympics.