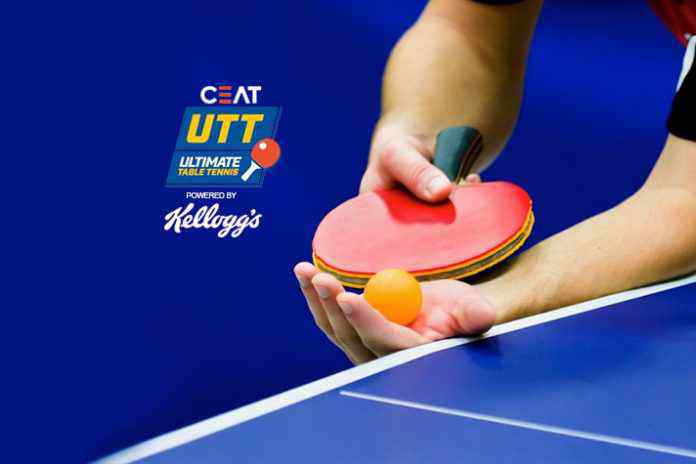 India’s 2018 Commonwealth Games heroes and top paddlers from around the world will be showcasing their skills in the second edition of CEAT Ultimate Table Tennis that gets underway in Pune from June 14.

Players from 19 different nationalities will be competing in the league and amongst them are 24 Olympians, 19 National champions and 17 No. 1 ranked players of their respective countries.

A hefty prize of ₹ 3 crore is up for grabs as the teams battle for top honours over 18 days of intense competition.

During the league phase spread over 15 days, each team will play the other once with six ties each in Pune and Delhi. Kolkata will play host to three league ties besides the semifinals and the grand finale on July 1.

Maharashtra United, whose roster boasts the likes of Anthony Amalraj along with Swede Kristian Karlsson (World No. 18) and Romanian Elizabeta Samara (World No. 19), face a stiff challenge first up as they line up against defending champions Falcons TTC who are spearheaded by Sanil Shetty and another top Swede in Matilda Ekholm (World No. 30) on the inaugural day at the Balewadi Sports Complex, Pune.

High-voltage action is on the cards on the second day when Empowerji Challengers, who possess top-ranked players in Gauzy, Manav Thakkar (World Junior No. 2) and Hong Kong’s Lee Ho Ching (World No. 20), clash with an equally quality side RP-SG Mavericks, who have World No. 20 Mattias Karlsson (Sweden), Doo Hoi Kem and Mouma Das in their ranks.

The teams will be aiming for an early lead as they play their second ties in the next three days of action before heading to the Capital.

Delhi fans get an opportunity to root for their homegrown star Manika as Dabang Smashers will lock horns with RP-SG Mavericks in the first tie at the Thyagaraj Sports Complex. The next five days are expected to throw up some exciting fare as teams will be looking to log maximum points.

The winners will be richer by ₹1 crore while the runners-up will bag ₹ 75 lakh. Both losing semi-finalists will get ₹ 50 lakh each.

All matches will commence at 7 PM IST and will be telecast LIVE on Star Sports Select 1 HD and SD, Hotstar and Jio TV.