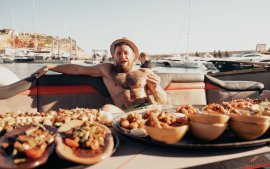 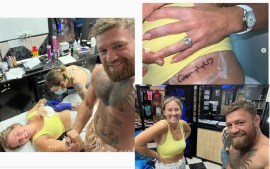 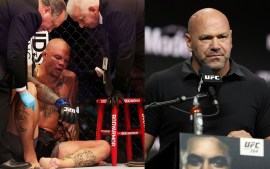 High expectations for the march between the two apex players have been predicted. Gilbert burns in his recent interview remarked on his view of Charles Oliveira and Islam Makhachev.

“The guillotine, he almost got a guillotine and then whenever he knocked Justin down he went to a scramble and then a reversed triangle – almost got it. Whenever he saw he was losing the position, he was already on the back. And I know Justin Gaethje put in a lot of work. He brought in Jorge Santiago, who’s one of Kamaru’s trainers. He’s very high level. I trained with Jorge a couple of times. I know Jorge put a tremendous time working with Justin and the guy put him out in one minute.

“He did the same thing with Dustin Poirier; almost broke Tony Ferguson’s arm, no one does Tony like that. Tony lost a couple of times, but not on the grappling. The guy is super technical, a lot of submissions – guillotines, leg locks, armbars. Whenever he takes your back, he’s so long, that that body triangle. He’s on a different level.”

“I think he can (submit him) because of the striking, because of the combination,” Burns explained. “The grappling and ground and pound from Islam is better than Oliveira’s, but Oliveira with the combined striking, the clinch, and the submission attempts, it’s different. I think that’s what makes him the best.

“Not just the jiu-jitsu. It’s the length (too). Those guys that are skinny and super bony, any kick, people have no idea, any kick that he throws hurts and Oliveira kicks a lot. You saw what Justin said after the fight? First thing he said after he stood up: ‘You hit hard as f*ck.’ And for Justin to say that, he was in the war with Michael Chandler and he said, ‘Bro, you hit so hard.’ So that guy hits hard, he’s bony with crazy grappling, with crazy clinch. I have Oliveira all day.”

If Islam wins, it might be seen as the rise of the eagle in the UFC once more, and vice versa for Olivera.

The match is to be the most expected one. However, the UFC has not officially confirmed their bouts yet.