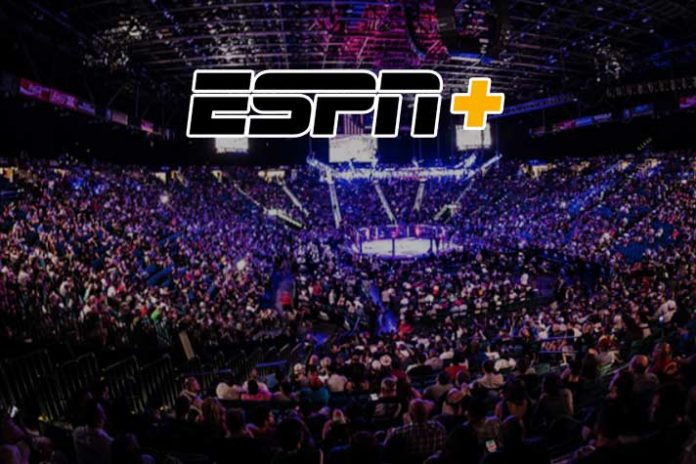 “The launch of @ufc Fight Night on ESPN+”

The launch of @ufc Fight Night on ESPN+ ?https://t.co/ygn9SrhUVG pic.twitter.com/H734Jr8ryC

The march to the 2 million subscribers milestone for ESPN+, announced on Tuesday by Bob Iger on Disney’s earnings call, was spurred in part by the launch of UFC Fight Night on ESPN+ on Jan. 19.

The sports paid digital platform has added 568,000 new fans with the launch on that weekend, UFC has stated on its official website.

It was the result of months of planning focused on answering the question: “How can we utilize all the unparalleled assets of ESPN, DTCI (Disney’s Direct-To-Consumer & International) and DSS (Disney Streaming Services) to maximize this ‘You only have one shot at a launch’ opportunity’?”, states the article.

Mayweather’s earning on new year eve 12.8 million for 140 seconds in the ring

The preparation for January 19 started in September 2018 at a daylong planning summit in Bristol, Conn. Teams from UFC, ESPN, DTCI, and DSS met for a collegial, creative and – ultimately — extremely effective session that kicked off months of collaboration resulting in a record-setting night, results that measurably reinforce the power of the ESPN brand.

In some respects, Disney and ESPN had been working towards this moment for years: building two of the world’s most advanced digital production centers — DC-1 and DC-2 in Bristol; acquiring a majority ownership in BAMTech; aggressively investing in new properties like UFC and its passionate fan base to help catapult the Company’s direct-to-consumer strategy; rallying all the vast corners of the ESPN and DTCI organizations; and then showing what it all can mean, powerfully, in one weekend.

“Our corporate re-organisation was designed to support our DTC efforts while providing a greater degree of transparency into our investment and progress in this space [and] we are thrilled with the continued growth of ESPN+,” Igor had stated.

Earlier the Disney-owned over-the-top (OTT) platform ESPN+ had confirmed that it had doubled the customer-base during the past five months to go past the 2 million mark.

Disney in last September announced that the sports streaming service had racked up a million paid subscribers. That came just five months after the product’s launch in April, a move which signalled ESPN’s major shift into OTT sector following Disney’s acquisition of live streaming specialist BAMTech, which is now powering ESPN+.