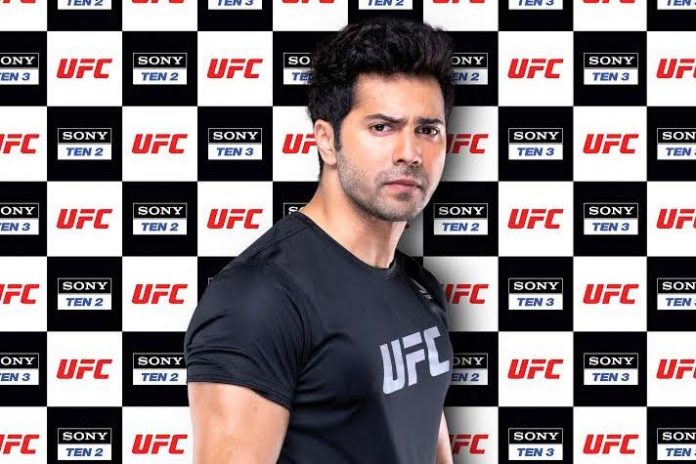 The viewership for UFC has been growing steadily over the years and last year it was the most watched combat sports property in India.

In order to take the premier international property to a wider audience base in India, Sony Pictures Sports Network (SPSN) has announced its plans to telecast marquee UFC events in Hindi every month starting with UFC 242. This initiative will offer millions of viewers across India the opportunity to watch the best MMA fighters inside UFC’s world-famous Octagon in English on SONY TEN 2 channels and in Hindi on SONY TEN 3 channels, SPSN has stated in a Press release.

One of the most anticipated sporting events of the year, UFC 242: KHABIB vs. POIRIER, will have a special guest from India in attendance. On the invitation of Sony Pictures Sports Network and UFC, Bollywood actor and youth icon Varun Dhawan will visit the United Arab Emirates for UFC 242 taking place at The Arena, Yas Island in Abu Dhabi on 7th September 2019.

Varun Dhawan has often spoken about his love for combat sports, especially UFC. A passionate follower of UFC for many years, he has even incorporated mixed martial arts (MMA) into his workout sessions. In the build-up to the mega event, Varun Dhawan will appear in a special on-air campaign for SPSN, “UFC – As Real as It Gets” where he will be seen showcasing his adulation for UFC with its real fights, real sacrifice and real glory on the SPSN channels.

UFC 242 is among the most anticipated UFC events of the year and will feature a championship unification bout between undefeated UFC lightweight champion, Khabib Nurmagomedov and the interim UFC lightweight champion, Dustin Poirier in the main event. The event will also feature top UFC athletes Edson Barboza, Paul Felder, Islam Makhachev and many more. Viewers can catch the high-octane action between these modern-day gladiators on SONY TEN 2 channels in English and SONY TEN 3 channels in Hindi on 7th September 2019, 11 30 PM IST onwards.