UFC 265: Daniel Cormier recalls being hit by Derrick Lewis-” That’s the power he has”: Derrick Lewis had an unsuccessful attempt at the heavyweight gold when he faced Daniel Cormier at UFC 230. ‘The Black Beast’ got doomed in round two of the main-event fight and had to depart with a stoppage loss to his corner. However, Derrick Lewis still showcased his sheer progression and could crack up ‘DC’, which the two-division champion continues to recall.

While Derrick Lewis will now compete for the first-ever Interim heavyweight title at UFC 265, his ex-rival Daniel Cormier has shed views on Texas’ native’s power. In an interaction with Marc Raimondi, Daniel Cormier put his opinion to the display, before we see Derrick Lewis return to UFC 265 Live.

Cormier said, “When Derrick Lewis hits you, it’s different. I was holding his leg up, and he was punching me, and I had a black eye for three days. That’s the power he has.”

The high-voltage fight saw Derrick Lewis emerge with all his action in the first round. However, Daniel Cormier decoded his game plan and submitted ‘The Black Beast’ in the second round. From that point, Lewis has resurrected himself in fashion.

He is now the man with the most number of knockouts (12) in the heavyweight division and can rightly be the first man to beat Ciryl Gane for becoming the Interim heavyweight champion in the promotion. Meanwhile, Lewis cannot afford to look past his opponent at UFC 265 or he might suffer another big loss.

Following an unbeaten streak of 9-0 in pro-MMA, ‘Bon Gamin’ Gane is on the brink of adding a gold to his name. He has beaten three of the absolute top-tier opponents in his last three fights and has been one of the most active fighters on the roster. Although Derrick Lewis will never be an easy opponent to deal with, Gane will have his chances in the clash. Hence, both the heavyweight fighters will have to bring their best side to the display, and then aim towards a win. 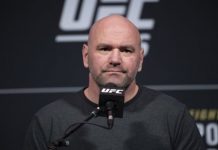