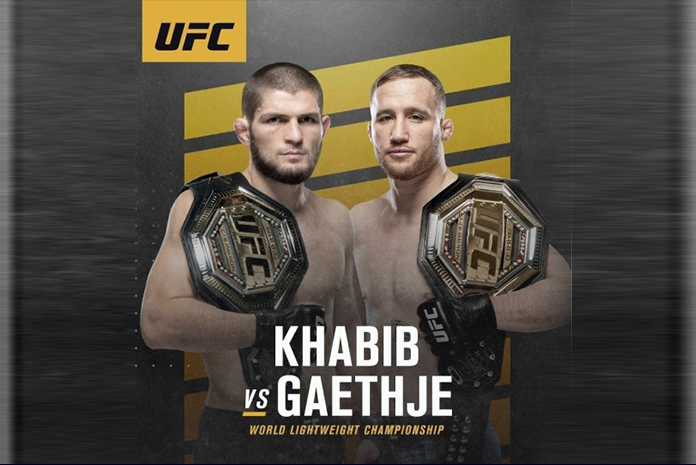 Nurmagomedov (28-0) holds the longest active unbeaten streak in MMA, and he became the UFC’s lightweight champion in April 2018 by defeating Al Iaquinta for the vacant belt. He has defended his title just twice, but he defeated interim lightweight champ, Dustin Poirier, by submission last September in his most recent fight.

Nurmagomedov became one of MMA’s biggest stars at UFC 229 in October 2018 with his fourth-round stoppage of Conor McGregor and his subsequent leap over the cage and into the stands to fight members of McGregor’s entourage for their perceived disrespect.

Although the UFC’s pay-per-view sales figures are private, UFC 229 is widely thought to be the most-bought event in MMA history.

Nurmagomedov has been in mourning this month after the death of his father, Abdulmanap. Nurmagomedov’s camp says his father, a prominent MMA figure and wrestler in Dagestan, died from complications of COVID-19 and heart surgery in early July.

Gaethje (22-2) presents a stark challenge in style for Nurmagomedov, a world-class wrestler and grappler who has been extraordinarily successful on the ground.

Gaethje is an exceptional striker who proved his world-class ability in May with a fifth-round stoppage of longtime contender Tony Ferguson, claiming the interim belt in an upset victory. Gaethje has won four straight fights with his sensational brawling style.

The promotion didn’t announce a location for the fight, but White has said the UFC is unlikely to host fans at any events for the next several months.

The UFC’s next several events are scheduled for Las Vegas, but Nurmagomedov was sharply critical of the UFC’s hometown and the Nevada Athletic Commission after he was sanctioned for leaving the cage and brawling in the stands.

Nurmagomedov lives in Russia, but usually trains for his fights in the Bay Area.

83 Trailer: Kapil Dev unveils “story of his team” as Ranveer...