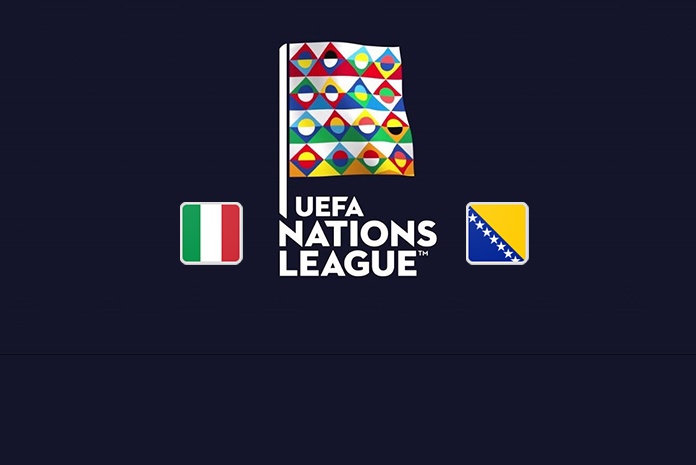 The opening day of the UEFA Nations League was really turned out to be a cracking one. José Gayà struck deep into added time to deny Germany a first Nations League win as they drew with Spain 1-1. In another match Ukraine stunned Switzerland 2-1.

On Friday night in UEFA Nations League 2 – GROUP 1 games will be played out. Without any doubt Group 1 is one of the tough groups of the 4 groups in UEFA NATIONS League A. In the first match of the day Italy will take on Bosnia & Herzegovina team & the other battle will be played between Netherlands and Poland teams.
UEFA Nations League : Match Schedule & Timings for Friday 4th September 2020

Mbappé, Ramos, Ronaldo… the big stars are back in League A

• Sides are meeting for fourth time; Italy’s record in past three encounters is W2 L1.

What the coaches for both Italy vs Bosnia & Herzegovina say and predict before the clash ?

Roberto Mancini, Italy coach: “I’m very happy to be back at Coverciano and to be back with the guys after so many months. We’ve got to show real passion, just like we did in our [EURO] qualification group. There’s got to be a desire to play for the national team again. We must build on the foundations we’ve already got in place; we’ve been playing good football and enjoying ourselves on the pitch. It won’t be an easy match against Bosnia and Herzegovina, then we’ll turn our thoughts to the match in Amsterdam. The two matches will be very different from one another.”

Dušan Bajević, Bosnia and Herzegovina coach: “Italy, Poland and the Netherlands are demanding opponents and it is difficult to predict what will happen. Our goal is to achieve the best possible placement and stay in League A. We believe in our players and we hope that we can achieve the results that we want. It will be difficult to play in front of empty stands. We are all used to a different picture. I hope that a solution to the coronavirus will be found as soon as possible.”

Where the fans can catch the UEFA Nations League LIVE Streaming

UEFA Nations League A : Points Tables for all 4 Groups.
GROUP 1

Where the fans can catch the UEFA Nations League LIVE Streaming ?

UEFA Nations League game between Italy vs Bosnia & Herzegovina will be live streamed on SonyLIV @ 12.15 am tonite