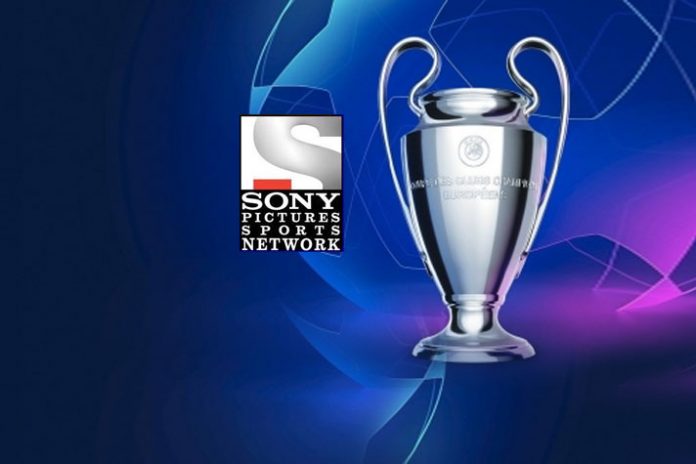 Sony Pictures Sports Network has plans to keep all football fans in India awake with the LIVE action from football world’s biggest club competition.  #SonaManaHai (don’t sleep) says the campaign for the LIVE broadcast of the UEFA Champions League, created by Scarecrow M&C Saatchi for the Sony Picture Sports Network.

Sony Pictures Sports Network will bring the UEFA Champions League 2019 to Indian audiences from tomorrow (Tuesday). The matches featuring the best football players in premier clubs from top European leagues, will be telecast in India LIVE and exclusive on SONY TEN 2 channels.

SPSN also launched its campaign for the mega tournament – #SonaManaHai, which captures the sentiments of all Indian football fans and preps them for the upcoming season.

The #SonaManaHai campaign film opens with Raj Kumar Rastogi (essayed by internet star Gopal Dutt) walking into the office and asking a colleague about the results of the previous night’s UEFA Champion’s League match. The colleague is amazed that Rastogi didn’t watch the match as he went to bed early. The film showcases different characters of society, including a canteen boy and railway announcer amongst others expressing their shock and disappointment on Rastogi sleeping through the matches. Rastogi wakes up in a sweat realizing this was a dream and realizes ‘Sona Mana Hai’ when the world’s biggest football club tournament is on!

To engage viewers, SPSN will also have a host of panellists for their live studio show who will provide extensive pre, mid and post-match analyses for every match day. The guest panellists, who will appear in a rotation, include former football players and now renowned football pundits Ashely Westwood, Mark Seagraves and Terry Phelan for the first three match days.

As the world’s biggest football club tournament, UEFA Champions League is contested by the top-division European clubs vying to be crowned the kings of Europe. Last year, fans went through an emotional roller coaster during matches that featured Liverpool FC, Barcelona FC, Manchester City FC, AFC Ajax and Real Madrid CF amongst others and this year will prove to be no less. The biggest footballing rivalries in the world like Lionel Messi vs Cristiano Ronaldo and Sergio Ramos vs Mohamed Salah and more, along with football greats returning to their former home grounds can be found only in UEFA Champions League on Sony Pictures Sports Network in India.

Among the most followed football club competitions, UEFA Champions League is enjoyed equally by hardcore football fans and fringe viewers. #SonaManaHai is a light-hearted tongue in cheek approach that captures the sentiments of football fans who are excited about the UEFA Champions League but regret missing the matches due to the late-night timings. The campaign has been rolled out in four languages: English, Hindi, Malayalam and Bengali to encourage Indian audiences from across the country to tune-in to SONY TEN 2 channels for the best footballing action in the world.

“Sony Pictures Sports Network are the flagbearers for UEFA Champions League, the best football club tournament in the world, in India. UEFA Champions League is the pinnacle of glory for both the clubs as well as the players and the passionate fans. Our audience can look forward to a more exciting viewing experience through a series of programming initiatives this season including a live studio show with celebrated ex-football players providing expert analysis on our channels. It is #SonaManaHai for all our viewers 17th September 2019 onwards,” said Rajesh Kaul, Chief Revenue Officer, Distribution and Head – Sports Business, Sony Pictures Networks India Private Limited:

Neville Bastawalla, Head, Marketing & On-Air Promotions, Sports Channels, Sony Pictures Networks India, added: “#SonaManaHai urges viewers to stay awake and not miss out on all the exciting action from the best football players and teams in UEFA Champions League. Our campaign speaks to two broad sets of audience, the football fans who are unable to stay awake to watch the matches and fringe viewers who are not very familiar with UEFA Champions League however have a fear of missing out on rewarding experiences. Through this insight, we have created a first of its kind clutter breaking campaign to increase the appeal and viewership of the tournament.  In order to reach out to a wider audience across multiple markets, the on-air film, #SonaManaHai has been rolled out in four languages – English, Hindi, Malayalam and Bengali.”

“When Messi and Salah are scoring, football fans are snoring! UEFA Champion’s League is the greatest and the most discussed football event on earth but matches happen late night. We want this campaign to be the caffeine shot that makes a football fan stay up and watch it live on Sony Pictures Sports Network instead of on YouTube the morning after,” said Raghu Bhat, Founder, Director, Scarecrow M&C Saatchi.