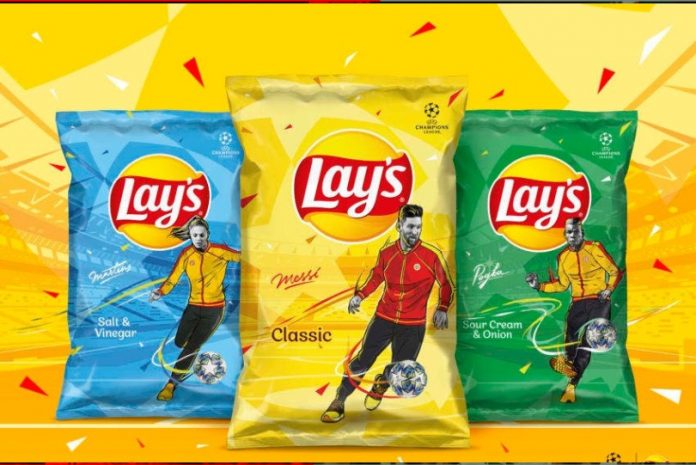 After much anticipation, the UEFA Champions League (UCL)makes its triumphant return on August 7th, and one of the brand associated with the Champions League Lay’s will be right in the thick of the action. An action-packed, four-week run up to the UCL Final brings an incredible moment for football and a unique opportunity for brands to re-energize and lean in on one of the first global sporting events to return in the midst of the COVID-19 pandemic.
UCL sponsor and the world’s leading snack brand, Lay’s will premiere a new global TVC  showcasing the hobbies that fans have taken up to fill the football-shaped void over the past few months. From gardening and baking to finishing puzzles of their GOAT, these new-found hobbies are hastily abandoned quicker than you can say “Messi” once we can enjoy football again.
Earlier in the month of March, Lay’s came out with Soccer stars Lionel Messi, Paul Pogba and Lieke Martens feature in a new Lay’s commercial for the Champions League and will appear on special-edition bags of chips.

Sebnem Erim, Vice President, Marketing, Global Foods, PepsiCo had said in the month of March: “We know that Lay’s and football are two things that always bring people together. This year, we wanted to step up the energy and demonstrate what could happen when a bag of Lay’s brings a whole stadium together at a UEFA Champions League match. This campaign brings Lay’s qualities to the forefront and highlights just how far people, even world-class footballers, will go to get their hands on the world’s most popular snack!”,

The three stars also appeared on limited-edition bags of Lay’s. Our take on how they did at pairing players with chip varieties? Pretty good. Messi as “classic” – of course; undisputed greatness. Martens as “salt & vinegar” – some don’t get it but those who are paying attention know it’s elite. Pogba as “sour cream & onion” – something different, with some flair, that isn’t for everyone, but is one of the best.