UEFA Champions League Live: Juventus FC vs FC Porto: Following an end-to-end contest, 10-men Porto progressed to the next round of the Champion League despite losing 3-2 at the Allianz Stadium.

After their 2-goals victory over Lazio, Pirlo made 3 changes to his starting side. Leonardo Bonucci came into defense to replace Bernadeschi, Arthur replaced the suspended Danilo, and Cristiano Ronaldo was chosen ahead of Dejan Kulusevski.

It took just 19 minutes for the Portuguese side to take the early lead in the tie. It was Corona who slid the ball down the right side for Marega who quickly steered it inside for Taremi.

Taremi shields it from Demiral who caught him from behind, trying to get the ball, but the referee, after consulting with VAR pointed to the spot in the 17th minute. It was Sergio Oliviera who place the penalty kick in the bottom-left corner to send Szczesny the wrong way in the 19th minute. 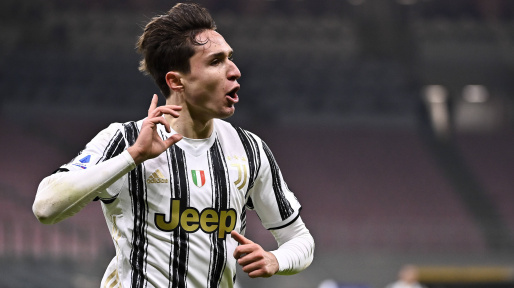 Juventus vs Porto: Federico Chiesa’s magic give Juventus the equalizer and the go-ahead goal

The teams went into the half-time with Juventus trailing at the break. However, it did not take them long in the 2nd half to find the equalizer as Federico Chiesa curled an amazing right-footed effort beyond Marchesin into the top-right corner.

He secured his brace with the go-ahead goal for the Italian side. In the grand scheme of things, Juventus level the tie in the 63rd minute as Cuadrado drifted into a yard of space down to the right-hand side of the field to steer an exciting cross towards the far post.

It was Chiesa who met the ball with his head. VAR confirmed that the Italian was onside and the goal stood.

Juventus vs Porto: The game went into extra-time

Rabiot cynically brought down Diaz to pick up a yellow card and give away a silly free-kick. It was Sergio Oliviera who completed his brace as he fired home a low free-kick, under the wall. Szczesny did manage to get a hand on it but just could not keep it out as Porto gathered their 2nd away goal in the 115th minute.

It just took 2 more minutes for Andrea Pirlo’s men to get the lead in the match. They still were losing the tie on away goals but Adrien Rabiot climbed high in the center of the box to power a header beyond Marchesin into the top-left corner.

Porto did give away a potential penalty scare in the 120th minute but it was denied by the VAR.

FC Porto is ahead in the Quarter-Finals of the UEFA Champions League.