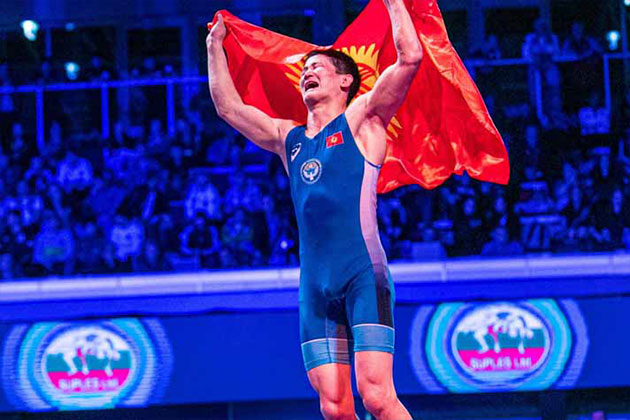 On Wednesday night at the 2019 U23 World Championships, Ulukbek ZHOLDOSHBEKOV (KGZ) did what no other men’s freestyle wrestler from his country has done since 2005—win a World title.

The last men’s freestyle wrestler from Kyrgyzstan in any age-group to win a World gold medal was Iliaz Ozumbekov at the 2005 Junior World Championships in Vilnius, Lithuania.

Trailing at the break, Zholdoshbekov scored a takedown then added exposure halfway through the second period, which propelled him to an eventual 5-3 win.

At 86 kg, Kamran GHASEMPOUR (IRI) won his second-consecutive U23 World championship with a decisive 9-3 win over Gadzhimurad MAGOMEDSAIDOV (AZE).

After a slow start in the first period, Ghasempour…Click here to Continue reading