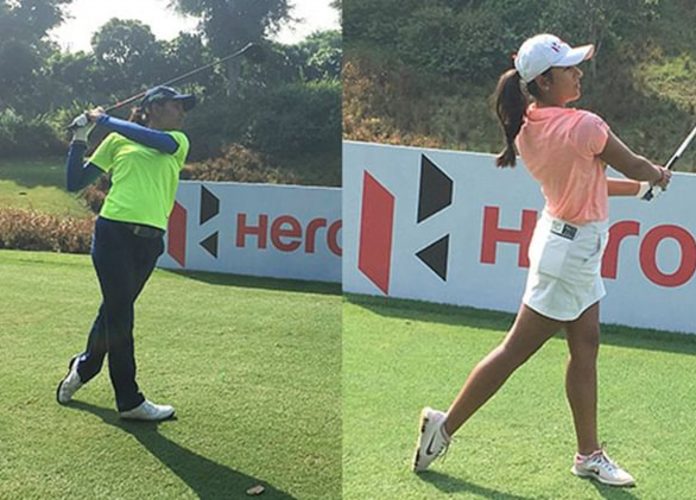 Indian duo of Tvesa Malik and Diksha Dagar carded 72 and 73 respectively in the second round to comfortably make the cut at the Tipsport Czech Ladies Open here.

The final round cut fell at two-over-par with 69 players teeing it up for Sunday’s showdown.

Denmark’s Emily Kristine Pedersen, whose sole win on the Ladies European Tour, came in India at the Hero Women’s Indian Open in 2015, shot a second round of seven-under 65 to take a six-shot lead at 16-under-par heading into the final round.

On a scoring golf course, which has five Par-5s, the Indians had mixed luck in terms of scoring.

Tvesa, who is playing her first full season on the Ladies European Tour, had two birdies and both came on Par-3s, at the sixth and 17th, while she dropped a shot on Par-3 fourth and the Par-5 seventh, where she had an eagle a day earlier.

Diksha, who had one hole to play when play was suspended due to lightning threat on the opening day, completed the opening round on Friday with a card of two-under 70.

In the second round, she was even par for the front nine and birdied 10th to go one-under. She had back-to-back bogeys on 11th and 12th and slipped to one-over and parred the remaining six holes for 73.

With only a round to go, Pedersen shot the lowest round of the day, for the second day running as she stretched her overnight lead from two shots to six from Finland’s Sanna Nuutinen (66-68).

In overcast conditions with the odd splattering of rain, the 24-year-old Dane made eight birdies and a solitary bogey.

A further shot back in third is Italy’s Lucrezia Colombotto Rosso, adding a 69 to her opening round of 66.

LET Rookie Pia Babnik is nine shots back in T6 but has not given up on the chance to win an eighth straight trophy tomorrow, having captured her last seven events in Slovenia, Germany and the Czech Republic.