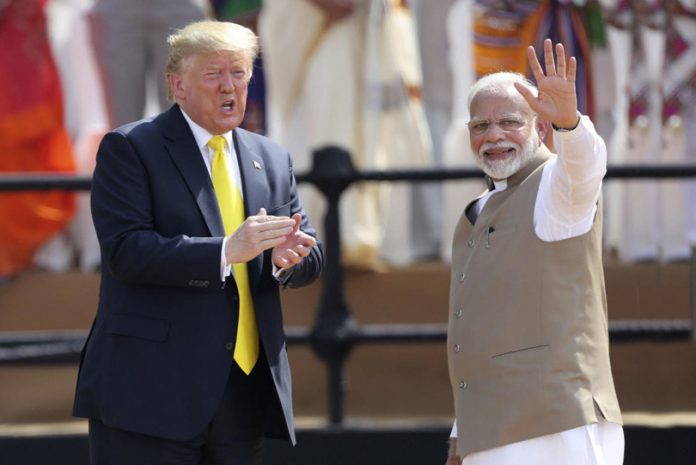 There couldn’t have been a bigger opening event for the largest cricket stadium in the world, than the heads of two most powerful democracies addressing an audience of over one lakh, and the US President in his speech referring two leading legends of Indian cricket.

The new Motera will go down in cricket history of cricket not just for its grandeur, but also for President Trump and Modi addressing one of the largest audience in the country.

Trump, coming from a nation where the cricket is still struggling for a reasonable recognition, also made an attempt to connect with the Indian masses through the sport that is termed a religion and its legends who are worshipped like icons.

Though, Trump won’t have realised the extent of trolls he would face for wrongly pronouncing the name of Sachin Tendulkar, the proverbial god of cricket, and team India skipper Virat Kohli.

The US President pronounced Tendulkar’s name as ‘Soo-chin Tendulkar’ while Kohli’s was pronounced as ‘Virot Kolee’ while speaking at the new stadium.

Former England cricketer Kevin Pieterson took a dig at the US president. Referring to the two cricketers as ‘legends’, Pieterson asked Trump to do proper research before pronouncing their names. Pieterson also retweeted a video where Trump was seen taking the names of the cricketers and tagged his friend and British television host piers Moran. “FFS, @piersmorgan, pls ask your mate to do some research in pronouncing legends names?!” Pieterson tweeted.

FFS, @piersmorgan, pls ask your mate to do some research in pronouncing legends names?! https://t.co/eUGuCNReaM

The International Cricket Council (ICC) also did not hold back from having its share of fun. It posted a video on Twitter of them changing Sachin’s name to Soochin Tendulkar on their website with the caption, “Sach-Such-Satch-Sutch-Sooch- Anyone know?”

In the last match at the Motera, hosts India beat  Sri Lanka by six wickets on November 6, 2014.

The grand stadium, coming at the cost of ₹ 800 crores, was initially planned to be constructed in 2019. The delay in the project is finally overshadowed by one of the biggest diplomatic shows.