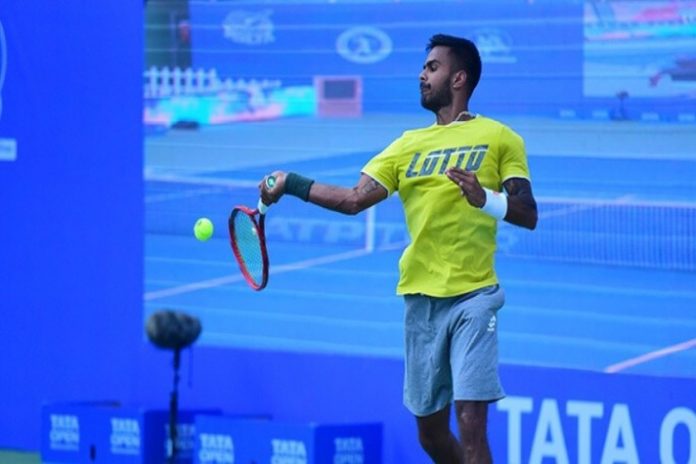 India’s best singles players will try to exploit the home conditions while veteran Leander Paes will be seen in action for one last time here when the Tata Open Maharashtra begins in Pune on Monday.

The left-handed Prajnesh is up against Yannick Maden, ranked 125, while Sumit Nagal finds himself pitted against former top-20 Serbian Viktor Troicki in their respective opening round matches.

Both of them are the only direct entrants in the men’s singles main draw in which five Indians are competing.

Troicki has been in sensational form in the recent past. Partnering Novak Djokovic, he led Serbia to ATP Cup triumph. Troicki entered the main draw with an easy 6-2 6-4 win over Evgeny Karlovskiy of Russia in the final qualifying round on Sunday.

Ramkumar Ramanathan, Sasi Mukund and Arjun Kadhe have been given the wild cards. Ramkumar will be seen in action on Monday when he competes against seventh seed Italian Salvatore Caruso.

For Paes, who has been awarded wild-card alongside his Australian partner Mathew Ebden, it could be his final tournament in India if he does not play at the Bengaluru Open.

“This edition is special in more than one way, while we are celebrating 25 years of the tournament in India this will also be the last chance for Tennis Fans to watch Leander play live in Pune,” said Sunder Iyer, Secretary of Maharashtra State Lawn Tennis Association (MSLTA).

Serbia’s Nikola Milojevic, Italian Roberto Marcora and Czech player Lucas Rosol also made their way into the singles main draw with wins in their respective final round match in the qualifiers of the ATP 250 event.

In the fourth match of the final qualifying round, Rosol managed a 6-2, 7-5 win over Ebden.