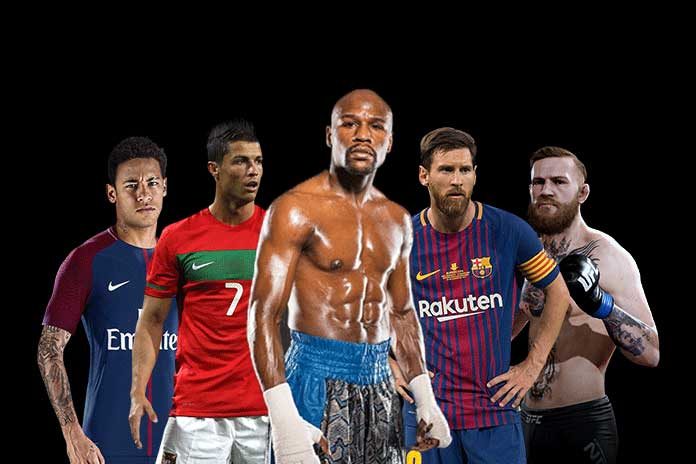 The Top highest earning stars list is dominated by three footballs, a professional boxer and a mixed martial art star.

Three soccer stars – Lionel Messi, Cristiano Ronaldo and Neymar – are in the top five of the Forbes’ World’s Highest Earning Sports Stars of 2018 list. For the first time this year, Messi has edged out Ronaldo to become the world’s highest earning footballer.

According to a study, The Argentine and Barcelona star Messi earns approximately ₹20 lakh (€25,000 or $28,857) for each minute spent on the field. Out of the total earnings of $111 million in a year, the 31-year-old has raked in $27 million form brand endorsements.

Floyd Mayweather, netting a whopping $285 million in a year, is the world’s highest paid athlete. He gets 96% of his annual earnings a from salaries and winning purse. Not only that, the American professional boxer also sits atop the World’s Highest paid celebrity rankings of 2018.

Here is the list of the world’s top five highest-paid athletes: 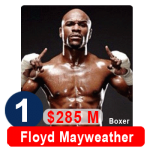 Not only is Floyd Mayweather this year’s highest earning sports star, but he is also among the top earners of all time. Thanks to his one-time final comeback fight with the MMA icon Conor McGregor on 26 August last year. The duel, considered to be ‘The Biggest Fight in Combat Sports History”, got him a guaranteed paycheck of $100 million. 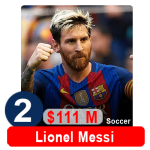 For the first time, Lionel Messi has edged past Ronaldo to become the world’s highest paid footballer and the world’s second highest paid athlete. Even when Messi’s $84 million salary is $21 million more than Ronaldo’o, the Barcelona forward made considerably less from endorsements ($27 million v $47 million). 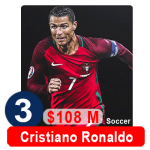 Ronaldo made a high profile move to Juventus in a $117 million transfer deal after a glorious nine year stint at Real Madrid. The Portuguese striker remained the world’s highest paid footballer from the last seven years until he was left behind by Messi in the latest rankings. Ronaldo has netted $108 million in a year out which $47 million is from endorsements. 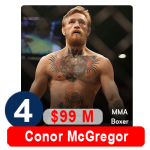 Conor McGregor made a comeback to UFC on October 7 in a fight against Khabib Nurmagomedov at UFC 229. During a hiatus of almost two years form MMA, he switched to boxing to take on former world welterweight champion Mayweather in August last year. Earning $99 million per annum, The Irish fighter is the world’s fourth highest earning athlete and world’s top earning MMA icon. 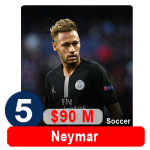 Neymar Jr, with $90 million earnings, is the fifth highest paid athlete and the world’s third highest paid football star.  The Brazilian switched from Barcelona to Paris Saint-Germain (PSG) last year in a record €222 million transfer deal, marking the most expensive football transfer in the history of football.