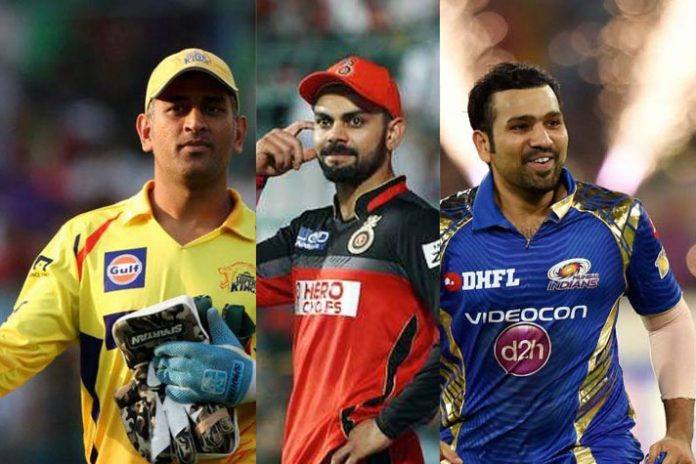 Since its establishment in 2008, the Indian Premier League has been one of the most seasoned cricketing leagues across the world. Many youngsters come here to showcase their potential as the uncapped players Varun Chakravarthy and Shivam  Dubey became the million dollars babies while Hashim Amla and Brendon McCullum failed to find the buyers for themselves. IPL Auction 2019 was full of astonishing buys and one of the most unpredictable meet in the world.

But the top order batsman of India already retained by their franchisees. Given the amount of involved in it, they only are the highest earning willows from the Indian Premier League over all the 12 editions of India’s T20 league.

On that note, let’s have look on the top 5 highest earning batsman from IPL. 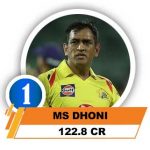 The former team India captain has the highest IPL total earning and established himself at no. 1 in IPL Moneyball salary list by earning a total IPL salary ₹122.8 cr and the captain cool had been retained by CSK this year for ₹15 cr. Thus he has the IPL richest star tag before his name. 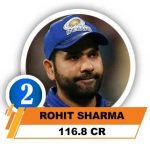 The technically superior batsman has total IPL salary ₹116.8cr  and occupies no 2 in the IPL top earners. He had been retained by Mumbai Indians for ₹15cr. 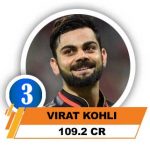 King Kohli has managed his no. 3 position in the list and the don of Delhi has been retained by RCB for ₹17cr. The skipper may have settled at no. 3 but atop the IPL 2019 top earners list. He has earned IPL total salary ₹109.2 cr. 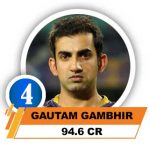 The recently retired champion still has the rank 4 and IPL total salary ₹94.6 cr in the IPL top earners list. He was just ₹3.4 cr away to enter the ₹100 cr salary club. But the man who puts his sport over money decides to retire from all formats of cricket. 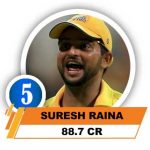 The T20 behemoth rested at no 5 in the list. The left-handed batsman has total IPL salary ₹88.7 cr. He had been retained by his existing team Chennai  Super Kings  (CSK) for ₹11 cr.