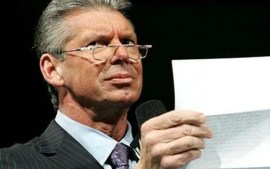 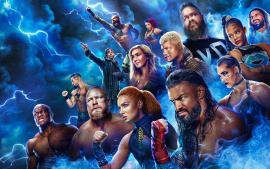 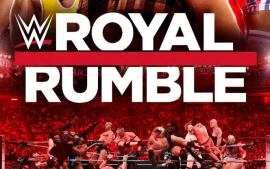 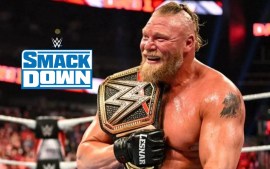 Top 10 Richest WWE Superstars:-WWE brand is more prominent than other similar brands such as Ring of Honor, TNA, and New Japan…

Top 10 Richest WWE Superstars:-WWE brand is more prominent than other similar brands such as Ring of Honor, TNA, and New Japan Pro Wrestling due to some of the prestigious wrestlers. WWE wrestlers earn really well and that’s why its wrestlers were known all over the world as the richest wrestlers in the world in 2023.Some of the top WWE wrestlers ‘ annual paycheck is about $1 million and even higher than that. Not only gross high income from the matches in which they fought, but also from movies and endorsement deals in which they became part of these richest wrestlers in the world in 2023.Follow WWE Raw Live Results with InsideSport.IN

An American-Canadian actor, producer, businessman, former football player, and professional wrestler with a net worth of $800 million, Dwayne Douglas Johnson is also known by his ring name, The Rock. As of 2022, his net worth is estimated to be around $820 million

Christopher Keith Irvine, better known by his ring name Chris Jericho, is a Canadian professional wrestler, novelist, radio host, television presenter, stage actor, and rock musician who was born in the United States. His net worth is $25 million. Currently, he signed with All Elite Wrestling, where he is the leader of the Jericho Appreciation Society. From wrestling to the music industry, he has been successful wherever he went.

Paul Donald Wight III, a.k.a The Big Show, is a two-time WCW World Heavyweight Champion and a five-time Slammy Award winner. His net worth is $20 million. The wrestler’s career has been filled with ups and downs for two decades. When it comes to Big Show’s net worth, he earned most of it through his wrestling career.

Terry Gene Bollea also known as Hulk Hogan, is an American retired pro wrestler, actor, television personality, businessman, and musician. He is widely regarded as the most recognized wrestling star globally and the most popular wrestler of the 1980s.

Apart from WWE Hogan has also performed for the New Japan Pro-Wrestling (NJPW), American Wrestling Association (AWA), and Total Nonstop Action Wrestling (TNA). According to reports, Hulk Hogan’s Net Worth is estimated to be around $25 million. He is engaged with companies like Rent-A-Centre, Hogan’s Nutrition, Loan Mart, etc.

John Felix Anthony Cena Jr. is an American professional wrestler, actor, rapper, and Television personality. The total net worth of Mr. John Cena is estimated to be 65 Million USD. His wrestling career accounts for the majority of his earnings and wealth. Additionally, Mr. John Cena has a very big brand value and is the most respected player in the world.

Stephanie McMahon is an American corporate executive and former wrestling valet and wrestler for World Wrestling Entertainment. As of this writing, Stephanie has a net worth of $150 million. Stephanie McMahon is the daughter of WWE Chairman and CEO Vince McMahon and Administrator of Small Business Administration Linda McMahon, the younger sister of WWE part-owner/wrestler Shane McMahon and the wife of Paul “Triple H” Levesque who is the founder and senior producer of NXT.Stephanie currently owns 2.5% of the total shares of WWE, while also having a voting power of 4.5%.

Triple H has a $170 million net worth. In 2022, Triple H announced his retirement from all forms of wrestling. Currently, he serves as WWE’s Executive Vice President on Global Talent Strategy and Development. Triple H is also known as the executive producer of NXT.

Brock Lesnar is an American professional wrestler and former Mixed Martial Artist who has a net worth of $25 million. Although he has experienced some success in both professional football and the UFC, Brock is probably best known for his time in the WWE, where he became the world champion eight times. Brock Lesnar has been endorsing many brands throughout his WWE and UFC career. Presently, he is associated with brands like DymatizeNutrition and Death Clutch.