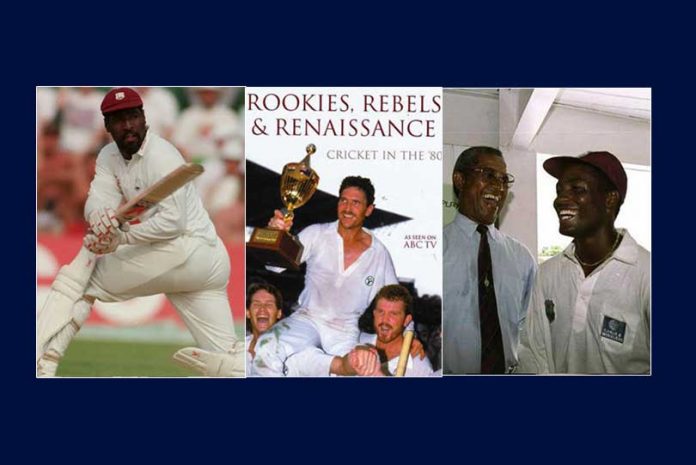 The most political documentary in this list. In the midst of their two-decade long sporting isolation due to apartheid, South Africa secretly held talks in the early 1980s with the world’s top cricketers to play a series of unofficial games in the country, known as “Rebel Tours”. With the world vehemently opposed to the brutal apartheid regime, it was always a tough call for cricketers to tour there. “Branded a Rebel” focuses on the most controversial of those tours, by the West Indies players in 1983.

The Test: A new era for Australia’s Team

This newly released eight-part documentary follows the Australian men’s team over 18 months following the Sandpapergate controversy in 2018 that led to bans for two of their best batsmen Steve Smith and David Warner, and the team’s reputation in tatters. A film crew gets unprecedented access to an Australian dressing room in the documentary and is a great treat for any cricket fan.

The real inside peep into the world of one of the greatest batsman Brian Charles Lara. Lara’s 1994 began with his car being stolen in his native Trinidad, and ended with him breaking the world records for the highest Test score (375), highest first-class score (501) and with the world wanting a piece of him (small mercy that selfies didn’t exist then). This one-part British production follows tracks Lara’s journey to the greatness.

India vs Pakistan: A Bat and Ball War
Streaming on: YouTube
From pitch vandalism to snakes, the Pakistan team had all sorts of security threats thrown at them when they arrived in India in 1999, for their first Test tour of the country since 1987.This one-part documentary goes behind the scenes of the thrilling two-Test series, starting with the cliffhanger in Chennai, remembered for Pakistan’s jailbreak, followed by a standing ovation. Only a foreign film crew could have waded through the hair-splitting bureaucracy to get access to the visitors’ dressing room and private parties. This series, unlike previous tours, was anything but dull and nor is this documentary.

Fire in Babylon
Streaming on: YouTube
Clive Lloyd scouts the islands for the most terrifying fast bowlers and for 15 years, West Indies never lose a Test series. Several West Indian legends talk us through what made them near invincible for close to 20 years, and answer the uncomfortable question whether their intimidatory tactics fell within the spirit of the game.

This BBC one-part show goes behind the cult of Ian Botham, with the focus on his single-handed control over the 1981 Ashes series at home. In less than five years since his debut for England, Botham’s career had come a full circle. The programme also goes behind the scenes on how his stardom got to him, put a strain on his family and how he gave back to society with his fund-raising walks towards leukaemia research.

You can never get too tired of watching the swagger of Viv Richards, with or without the bat. This Channel 4 1985 documentary was released when King Viv was at his peak, having recently taken over the West Indies captaincy from Clive Lloyd.

Cricket in the 80s: Rookies, Rebels, Renaissance
Streaming on: YouTube

The Australians set the gold standard of cricket coverage in the 1970s thanks to Kerry Packer’s World Series Cricket. Some of the best archival footage of cricket comes from that country so you can expect high standards from their documentaries too.