Tokyo Olympics Wrestling LIVE – Barjang Punia Wrestling LIVE: Bajrang Punia badly defeated in the Semifinals, Indian to play for Bronze on Saturday: In an extremely one-sided contest World No. 2 Bajrang Punia was badly defeated by Haji Aliyev of Azerbaijan in the Semifinals of 65kg weight category. Punia who registered two very unconvincing victories to make it to the SEMIFINALS of the Tokyo Olympics was badly thrashed by Aliyev. The wrestler from Azerbaijan won 12-5 & Bajrang will now contest for the Bronze medal on Saturday.

The Indian grappler might have started the game on a high, but Aliyev’s two-point move gave him a 2-1 lead against Bajrang. He further extended his lead as he took the scoreline to 4-1 with the same set of moves over Bajrang. After the first period, Bajrang trailed 1-4 against Aliyev. In the second essay, Aliyev came all guns blazing as he went on a point-scoring spree taking the lead of 8-1. Bajrang came back strong and hard registering four points but the Azerbaijani wrestler kept on extending the lead as he went from 9-5 to 12-5 within seconds.

Earlier in the day, Bajrang won both games comprehensively. Begining his Tokyo 2020 campaign, Bajrang first defeated Ernazar Akmataliev of Kyrgyzstan in the 1/8 Final and then beat Iran’s Morteza Ghiasi Cheka by pinning him down to the mat (victory by fall) in the 1/4 Final.


@2:25PM:Barjang Punia Wrestling LIVE: Bajrang Punia vs Haji Aliyev Semifinals live: Bajrang has beaten Aliyev earlier but its Olympics and without any doubt Indian is under expectations pressure –

@2:15PM: Big Semifinals coming in for 65kg weight category @ 2.45PM – Bajrang has looked very uncomfortable and unconvincing in 2 bouts he has played today in morning – despite of that he is in Semifinals and just a step away from securing 1 more medal for India – Follow all LIVE Updates on InsideSport.co

Tokyo Olympics Wrestling LIVE: Bajrang Punia shows his class, pins down Iranian to make it to the Semifinals of 65kg – Follow live updates

Bajrang Punia’s form not very convincing: Earlier Punia entered Quarterfinals after a hard fought victory. Punia escaped defeat by thinnest of the margin in the opening round as his bout with 22 year old Akmataliev ended with score of 3-3. Referees declared Punia the winner only because of the highest scoring move. Punia will now face Ghiasi Cheka of Iran in the Quarterfinals– Follow all LIVE Updates from Tokyo Olympics on InsideSport.co

ROUND 2: Bajrang Punia trails 0-1 to Ghiasi Cheka of Iran as they fight for place in the Semifinals, Follow live updates

@9:35AM: Bajrang Punia vs Ghiasi Cheka of Iran for place in the Semifinals – Bajrang was very edgy, very nervous in ROUND 1 – can he show his class in Quarterfinals? He would need to up the ante – India praying for Bajrang Punia!!!


@9:25AM: Bajrang Punia vs Ghiasi Cheka of Iran: This is big moment now. This is fight to semifinals. Bajrang is not getting much time for rest. He was very unconvincing in his 1st fight – can he turn the table in 2nd?

@8:55AM: Bajrang Punia vs Akmataliev LIVE: Meanwhile let’s concentrate on Punia’s Last 16 contest which will take him to Quarterfinals – Indian needs to be at his best right from the start – follow live updates

@8:41AM: Bajrang Punia vs Akmataliev live for Quarterfinal spot: Just a bout to go before the Indian champion comes on mat to fight Kyrgyzstan’s Ernazar Akmataliev – His opponent not a big name in World of Wrestling but have beaten some top names like Asian 70kg champion Ilyas BEKBULATOV (UZB) – he should not pose much of a challenge for Bajrang

@8:34AM: Barjang Punia Wrestling LIVE – Bajrang Punia has got DRAW of his life, hope he takes advantage of it. Neither Gadzimurad Rashidov not OTOGURO of Japan in his half – he should easily make it to the FINALS – Will he? Follow LIVE Updates as he start his 1st Round

@8:21AM: Tokyo Olympics Wrestling LIVE – Seema Bisla defeated by Sarra Hamdi of Tunisia: Indian women wrestlers bad show at Olympics continued in the final weight category as well. Seema Bisla crashed out of the opening round of 50 Kg after losing to Tunisia’s Sarra Hamdi by 3-1. None of the 4 Indian women participants at Olympics have managed making to medal rounds despite of high expectations from them. Sonam Malik, Anshu Malik, Vinesh Phogat and now Seema Bisla all crashed out before making the medal rounds – Follow LIVE Updates as Seema Bisla starts her Tokyo Olympics campaing, follow all LIVE Updates on InsideSport.co

@7:55AM: Bajrang Punia LIVE: Vinesh Phogat on Thursday failed to live up to the expectations. Can Bajrang Punia stand to the pressure & deliver? Big day for Indian Wrestling –

@7:45AM: Barjang Punia Wrestling LIVE – Bajrang vs Akmataliev live: 3 times medallist at the World Wrestling championship Bajrang could not have asked for a better draw. If he plays to his name & potential – Bajrang should easily make it to the FINALS as most of the top player including Otuguro of Japan & Rashidov Russia are in other half –

Draw for Freestyle 65kg- Bajrang Punia avoids Otoguro, who has beaten him twice. The other half is a real minefield. That’s the good news. He has heavy handed Akmataliev who @siwachvinay feels is a potential banana peel in his first round. I’m not making predictions for this one pic.twitter.com/1zjyfmH8Uy

3 time World medallist Bajrang could not have asked for a better draw than what he has got at the Tokyo Olympics.

Last 16 Bout – Ernazar Akmataliev of Kyrgystan. World No. 1 should not have any problem in beating the wrestler from Kyrgystan.

Quarterfinals: If he defeats Kyrgyz Wrestler, he will reach the quarterfinals and face either Ghiasi Cheka of Iran or Tunisia’s Dakhlaoui. Much like the 1/8 finals, Bajrang should not have any difficulty beating either of these wrestlers and should reach the semi-finals without breaking any sweat

Semifinals: If Punia reaches the semi-finals, he is bound to face the winner of Kazakhstan’s Niyazbekov vs Cuba’s Tobie Valdes or Senegal’s Diatta vs Azerbaijan’s Aliyev. Follow all the action of Tokyo Olympics Wrestling live on insidesport.co

Tokyo Olympics will be broadcasted on DD National. Follow all matches LIVE from Tokyo Olympics on InsideSport.co & Watch LIVE streaming on SonyLIV. 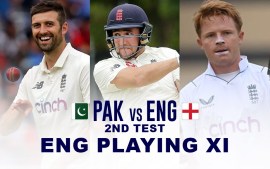