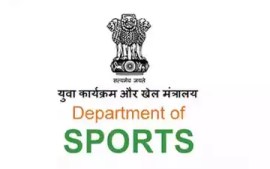 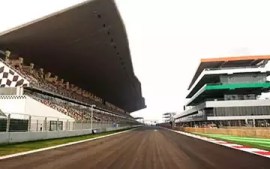 MotoGP in India: India to feature on MotoGP calendar from 2023

Tokyo Olympics: Sports Ministry spent a whopping Rs 1169.65 crore on athletes post 2016 Rio Games: The Ministry of Youth Affairs and Sports (MYAS) has spent Rs 1169.65 crore on Tokyo Olympics-bound Indian athletes post the Rio Games in 2016. In the last five years, MYAS approved Annual Calendar for Training and Competition (ACTC) budget towards national coaching camps (Senior and Junior), overseas training camps (Senior and Junior), remuneration for coaches and support staff, domestic competition (Senior and Junior), equipment and consumables, coach, referee, and technical official development as well as administrative support MYAS has also extended support to individual athletes with their training and competition under the Target Olympic Podium Scheme (TOPS) when that is not provided for in ACTC.

According to the Sports Ministry, Rs 1091.52 crore was allocated for the National Sports Federation (NSFs) of 18 Olympic disciplines and Paralympic Committee from 2016-2021.

“While Rs 78.13 crore were sanctioned under TOPS for 18 Olympic disciplines and Paralympic Sports from 2016-2021. Rs 44.41 crore was TOPS’ funding for 32 Olympic bound athletes in seven disciplines since 2016,” read a document accessed by ANI.

Currently, the TOPS core scheme has 124 individual athletes plus the men’s and women’s hockey teams (18 players each). As many as 160 athletes are part of the core group and a further 259 are in the Development Group, preparing for the 2024 and 2028 Olympic Games.

Moreover, the vaccination program for India’s Olympic Games-bound athletes and officials, including overseas staff, was carried out seamlessly both in India and overseas.

Meanwhile, for the Tokyo Olympics preparation, a team of 15 qualified shooters is currently training in Zagreb. Also, comprehensive training for one qualified weightlifter in St. Louis, USA is under progress under the guidance of world-renowned trainer Or. Horschig.

CAIMS aims to provide the best sports injury management support nearest to the athlete’s geographical location. It will help to standardize appropriate injury treatment protocol for athletes across the country. CAIMS will start with support for athletes who are a part of the Target Olympic Podium Scheme (TOPS) development group expected to participate in the 2024 Olympics and beyond.