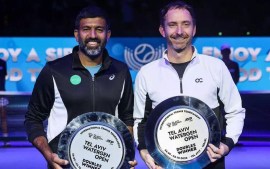 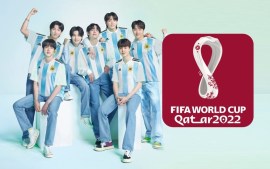 Tokyo Olympics: Rohan Bopanna, Divij Sharan’s fate in Tokyo Games dependent on other countries- India will have to wait to know if…

Tokyo Olympics: Rohan Bopanna, Divij Sharan’s fate in Tokyo Games dependent on other countries- India will have to wait to know if a men’s doubles team from the country will compete at the Tokyo Olympics since Rohan Bopanna and Divij Sharan’s qualification, who have a low combined ranking of 113, would depend on the number of entries from other nations.

The top-10 players have the privilege to select a partner of their choice as per the ITF rules but Bopanna is ranked 38 and left-handed Sharan is placed as low as 75 after the fresh rankings were issued on Monday following the conclusion of the French Open.

Bopanna’s quarterfinal appearance helped him gain two places while Sharan’s first round exit resulted in him losing one place.

A total of 32 teams each will feature in the men’s and women’s doubles draw.

Both Bopanna and Sharan are unsure of their participation.

“Completely alien as it all depends which players and teams are going. Impossible to calculate like other events,” Bopanna told PTI when asked about their chances.

According to the International Tennis Federation (ITF) qualification system, rankings of June 14 will be considered for entries and each nation is limited to a maximum of six men and six women, with a maximum of four singles players and two doubles teams for both genders.

The ITF will announce on July 5 which players have made it to the draws and Bopanna and Sharan will get an idea by the end of June to know their fate.

If the ITF receives fewer entries due to the concerns around pandemic, Bopanna and Sharan’s chances will improve.

As of now, only Sania Mirza is assured of a place in the women’s doubles as she will use her protected ranking to enter the Games,
She was ranked nine before she took maternity leave and has decided to compete with Ankita Raina.

There is a possibility that Ankita may enter the women’s singles draw, getting one of the six Continental places.

The two finalists at the Asian Games were to be give Tokyo Olympics places but since China’s singles champion Wang Qiang (38) and runner-up Zhang Shuai (36) may get direct entry courtesy their high ranks, bronze medallist Ankita could be given the Continental place.

For the 16-team mixed doubles event, on-site entries will be accepted on July 27.
The tennis event will start on July 24 and will culminate on August 1.

For more sports news and Tokyo Olympics, follow us at insidesport.co 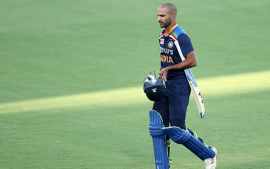