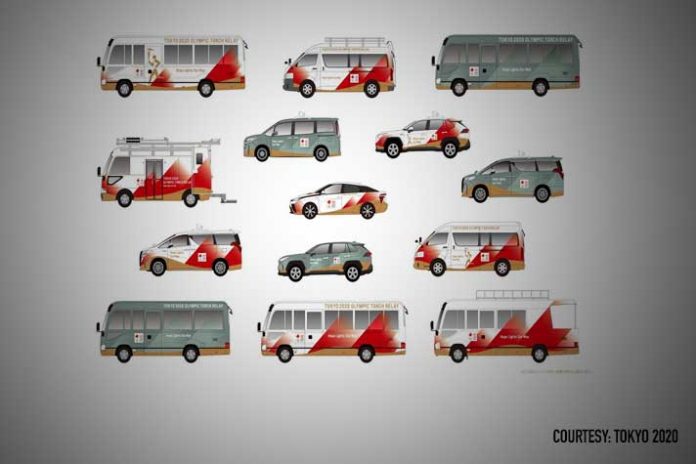 The Olympic torchbearers will be accompanied by a convoy of vehicles next year as they start their journey carrying the Olympic Flame across Japan’s 47 prefectures. With the torchbearers and spectators cheering them from the roadside, these vehicles will complete the festive-like atmosphere along the relay route around Japan before the Olympic Flame is delivered at the new National Stadium.

The torchbearers will begin the relay from 26 March 2020 from J-Village National Training Centre in Fukushima Prefecture, passing by many of the nation’s most famous and cherished sights along the way.

The Tokyo 2020 Olympic Torch Relay Convoy vehicle markings are designed to embody the Torch Relay concept “Hope Lights Our Way.” The ochre-coloured part and the flame emblazoned along the sides of the car bodies depict the journey of the Torch Relay; a distinctive touch is added by the application of the fukibokashi colour gradation techniques used in traditional woodblock printing to the background landscape.

Read: We will win 4 Olympic medals at Tokyo 2020 in Wrestling: WFI President 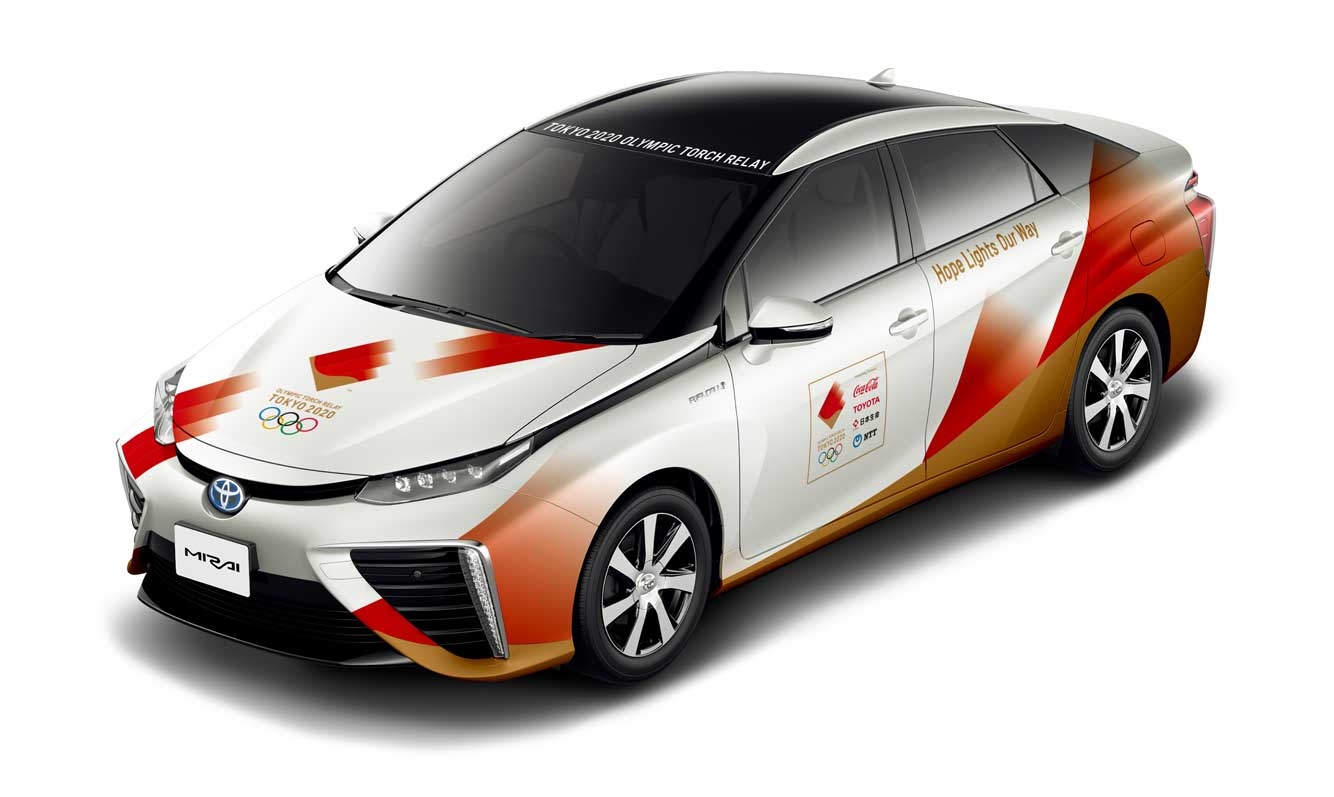 While each vehicle will have a specific role such as leading the convoy, checking routes in advance and supporting the torchbearers, they will all share the same goal, namely “to deliver the flame that will light the Olympic cauldron in the new National Stadium, incorporating the hopes and dreams of the torchbearers and spectators cheering it along its way. This message will be depicted in a sash emblazoned on the front of the vehicles, which will also feature on the torchbearers’ uniforms.

The convoy will traverse all of Japan’s 47 Prefectures over 121 days, blazing a trail of hope as it escorts the flame to its final destination – the new Olympic Stadium in Tokyo.

The Torch Relay Convoy vehicles will herald the arrival of the Olympic Torch Relay along each stage of the route and to help create a festive atmosphere across Japan.