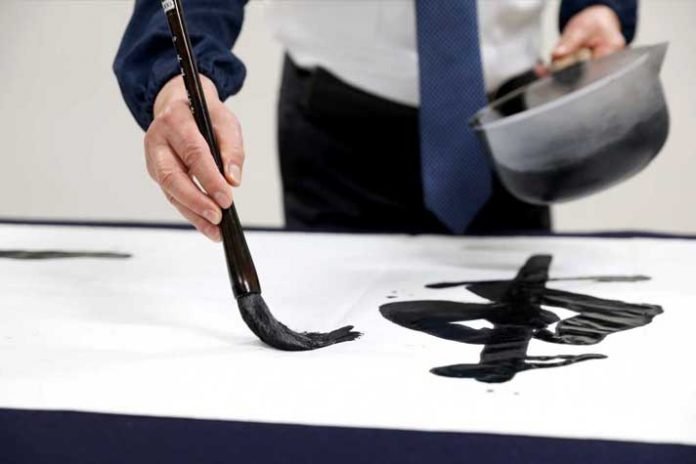 The ancient art of calligraphy remains alive and well in Japan and will make its appearance next year as part of the TOKYO 2020 NIPPON FESTIVAL celebration to welcome the Games.

Details of the programme were unveiled in a press conference early December featuring a calligraphy demonstration by three renowned Japanese calligraphers.

The event is a sneak peek of what to expect of next year’s comprehensive exhibition featuring calligraphic works of more than 200 of Japan’s most prominent calligraphers. Entitled Nature in Japan – Spirit of “Sho”, the show will run from 25 April to 10 May 2020, just a few months away before the countdown to the opening of the Olympic and Paralympic Games.

What’s more, calligraphy by children and persons with impairments will also be on display to demonstrate how the unique Japanese calligraphy culture and the spirit of “Sho” are being preserved and presented to foreigners to deepen their understanding of this ancient art form.

The Nippon Festival brings the culture of Japan to the people of the world at #Tokyo2020!

Today, some masters of the art of calligraphy demonstrated their craft to #Tokyo2020 and Paul even had a try at this beautiful and ancient art form. ?️ pic.twitter.com/2lQzjvGPdv

The programme constitutes one of the co-hosted programmes of the TOKYO 2020 NIPPON FESTIVAL, a collaboration between Tokyo 2020, local governments and cultural/arts groups nationwide which aims to showcase Japan’s proud culture and performing arts to people in Japan and across the world.