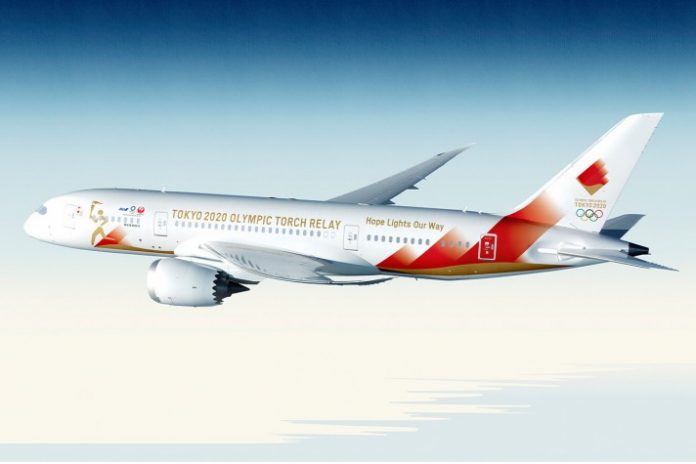 The Olympic Flame will arrive in Japan, the host nation for the 2020 Games, on March 20 next year. The 32nd edition of the Summer Olympics is scheduled in Tokyo from July 24 to August 9.

On March 12, the Olympic Flame will be lit at the historic site of Ancient Olympia in Greece. After a week-long initial leg of the Olympic Torch Relay in Greece, a Flame Hand-over ceremony will take place at the Panathenaic Stadium in Athens on March 19. A special aircraft bearing the caption Tokyo 2020 Go will fly in the Olympic Flame to Japan, landing at JASDF Matsushima Air Base in Miyagi prefecture on March 20.

Tokyo 2020 has also released an agenda to celebrate the Flames’ arrival in Japan.

Ø Tokyo 2020 representatives, Tadahiro Nomura and Saori Yoshida will disembark holding the lantern containing the Olympic Flame and local children will escort the Flame onto the stage

Ø The celebration cauldron will be lit using the Olympic Flame

Tadahiro Nomura and Saori Yoshida will undertake the role of delivering the Olympic Flame from Greece to Japan together with Tokyo 2020 representatives. During the arrival ceremony at JASDF Matsushima Air Base, they will have the responsibility of unveiling the flame in its first appearance on Japanese soil. The details of other participants in the ceremony will be announced in due course.

Retired Japanese Olympic wrestler Saori Yoshida commented, “When I brought back the Olympic flag from Rio de Janeiro as captain of the Japanese Olympic delegation, my heart swelled with pride knowing that Tokyo’s turn was coming. I retired from wrestling afterwards, and it is now such an honour for me to fulfil this important role in bringing back the Olympic Flame from Greece. I will be readying myself for it. The Olympic Flame, a symbol of the Olympics, will traverse Japan carrying with it the hopes and dreams of not only the Tokyo 2020 Olympians but those of all the people.

One gone, two more chances for Indian & World wrestlers to qualify for Tokyo…

“I think it’s a fitting tribute that the Olympic flame brought back from Greece will commence its journey through Japan at Fukushima. I hope to run with the flame at some stage, and look forward to witnessing the moment the Olympic cauldron is lit in the Olympic Stadium.”

Added Japanese Olympian in Judo, Tadahiro Nomura, “I am very honoured to take on the important role of bringing the flame, the symbol of the Olympics, from Greece to Japan. The Olympics for me is a special stage and I have devoted my entire life to challenging myself to perform on it. Best of all, Greece brings back a lot of good memories for me. I would like to fulfil this great responsibility with the pride and the joy of delivering the Olympic Flame, which will be lit in ancient Olympia, to Japan with my own hands.”

The name of the aircraft–TOKYO 2020 Go–incorporates the Japanese word “号”, the suffix used for the numbering of trains, buses and aircraft. This also has a similar pronunciation to the English “Go!”, implying the start of a journey. The overall name is intended to reflect the plane’s mission to deliver the Flame to the Olympic Games and the sense of anticipation as the Games near.

Reflecting the symbolism attached to the Tokyo 2020 Games as the ‘Reconstruction Games” and in line with the Tokyo 2020 Olympic Torch Relay concept ‘Hope Lights Our Way’, the Torch Relay will also serve as a ‘Flame of Recovery’ for the areas worst affected by the 2011 Great East Japan Earthquake. After the arrival of the TOKYO 2020 Go aircraft in Miyagi, a special display of the ‘Flame of Recovery’ will be staged in Miyagi, Iwate and Fukushima prefectures during 20-25 March 2020. Immediately afterwards, on 26 March, the Olympic flame will commence its 121 day journey through all 47 prefectures of Japan, passing by many of the nation’s most famous and cherished sights, serving as a symbol of the Olympic Games and visiting 857 local municipalities along the way.