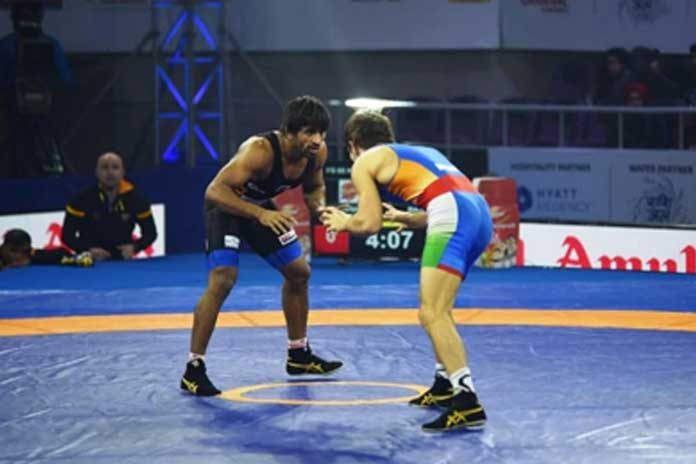 The UWW World Championship, starting from September 14 in Nur-Sultan, Kazakhstan, will bring to the wrestlers a lot more than the precious medals and laurels at the utmost level of global wrestling competition.

The elite competition in Kazakhstan is also an important ticket window for the grapplers to book berths for the Tokyo 2020 Olympic Games.

SIX OPPORTUNITIES FOR EACH WRESTLER

Wrestlers finishing among top six in their respective categories get an automatic qualification for the Olympic Games in Tokyo next year. The route to Tokyo 2020 is more challenging than the 2016 Olympics in London as there are lesser berths on offer for each competition.

As the wrestlers battle it out for the Olympic berths in Nur-Sultan fans can catch LIVE all the UWW World Championship 2019 action on www.wrestlingtv.in

The first of the 2020 Ranking Series events will is scheduled for January end and the next will be in  the first week of June. Both the events will feature competition in all three categories – freestyle, Greco-Roman and women’s wrestling. The points from both the events will determine the seeds at the 2020 Olympic Games in Tokyo.

The practice will continue in 2021 and beyond.

The Olympic qualifying events will include seeding for the top two wrestlers to ensure the best get the opportunity to compete at the 2020 Olympic Games in Tokyo.

Athletes from nations who are not qualified for the Olympic Games may earn points at the following events:

Should there be a tie among wrestlers at the continental and Last Chance event the seeding criteria will be:

A wrestler will have to have at least two ranking points to be eligible for a seed position.

The Technical Commission has also approved general guidance for the 2021-2023 Ranking Series. Moving forward, Ranking Series events will be held at the same time and in the same location year-to — they will also include all three styles of wrestling. In order to ensure geographical equity, it was determined that one Pan-American and one Asian country should host a Ranking Series event, with the other two slated for European destinations.

The general calendar guidelines are as follows:

Locations will be voted on by the bureau in the coming months. National Federations interested in hosting a Ranking Series event are encouraged to contact the Sport Department.

Tune in to www.wrestlingtv.in for all the LIVE action from the UWW World Championship