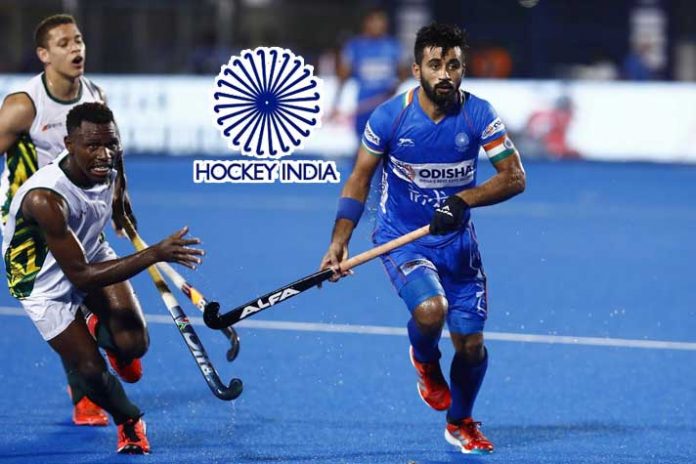 The Indian men’s hockey team will take on New Zealand in their opening match at the 2020 Tokyo Olympics on July 25 while the eves will play against Rio Olympics silver medallists Netherlands the same day. The draw for the prestigious quadrennial extravaganza was announced today (Tuesday) in Tokyo, Japan.

Speaking about the draw, men’s team skipper Manpreet Singh said: “A good start will always give the right confidence and momentum to carry on in the tournament so it will be important for us to begin with a win. New Zealand has always posed stiff competition for us and I believe it can be a close game,” stated Manpreet further adding that the team will need to keep a check on their nerves. “It is important to keep our nerves in check as opening matches can be a bit overwhelming especially at a major event like the Olympics.”

The Indian Men have been clubbed with defending Olympic champions Argentina, World No.1 Australia, Spain, New Zealand, and Japan in Pool A. They will play their second match against the formidable Australian side on July 26 and play Spain in their third pool A match on July 28. After a day’s break on July 29, India will take on Argentina on 30 July 2020 and then play hosts Japan on July 31. 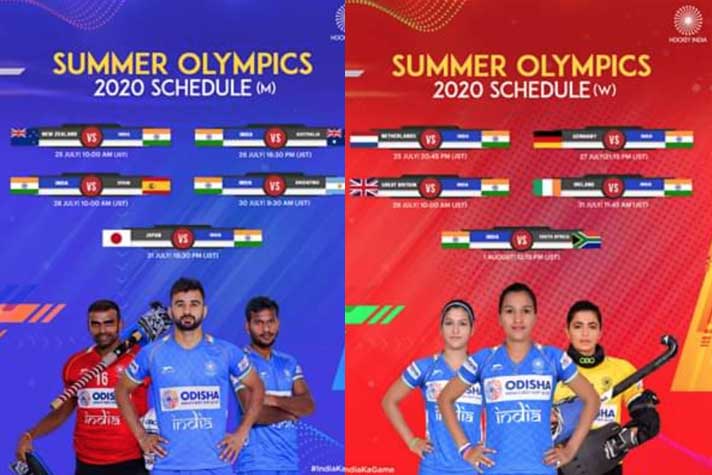 The men’s quarter-finals have been slated for August 2 while semi-finals will be held on August 4 and the gold medal and bronze medal matches will be played on August 6, Hockey India has stated in a Press release.

“Every game will be crucial at the Olympics and we cannot let our guard down against any team even if they are ranked below us. The competition will be so high that each match will need to be played like it’s the final,” Manpreet said.

Women’s team skipper Rani said, “Draw does not matter because in the Olympics every team is equal and every team will come to the Olympics with an aim win. As a team, we need to focus on ourselves and what we can do better on the given day. We are preparing well to ensure we tick all the boxes in each of our matches and put all the energy into every game we play and give our best to the blue shirt if we want to see ourselves in the quarter-finals and semi-finals.”

The girls are grouped in Pool A along with Netherlands, Germany, Great Britain, Ireland, and South Africa. The Indian eves will be making their second consecutive Olympic appearance. They will take on Germany in their second Pool A match on July 27 followed by the match against defending champions Great Britain on July 29. India will play Ireland on July 31 and take on South Africa in their last Pool A match on August 1.