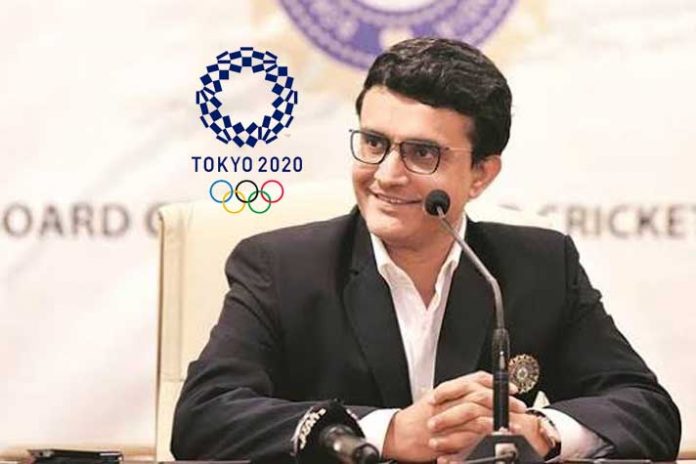 The Board of Control for Cricket in India president and former Indian national cricket team captain Sourav Ganguly is ready to accept the Indian Olympic Association invitation to be the nation’s Goodwill Ambassador at the Tokyo 2020 Olympic Games.

The Indian Olympic Association has invited Ganguly to become the Goodwill Ambassador of the Indian contingent at the Tokyo Olympics this year.

In a letter to Ganguly, IOA secretary-general Rajeev Mehta said, “The IOA extends the honour to you to be the Goodwill Ambassador of Team India to the Tokyo Olympic Games 2020. We hope you will generously extend your support for Team India.”

Mehta said this edition of the Olympics is an important milestone as it marks the hundred years of participation of the country at the Games, and Ganguly’s support and inspiration will be valuable for the Indian athletes, especially the younger ones.

“You are an inspiration for a billion people, especially the youth. As an administrator, you have always nurtured young talent. We are hopeful your association with Team India to the Tokyo 2020 would be a boost for our young athletes and a privilege for the Olympic movement in India,” Mehta said.

Following the invitation, Ganguly has said he will accept the Indian Olympic Association’s (IOA) offer to become the goodwill ambassador of the Indian contingent at the Tokyo Olympics this year. The IOA had earlier approached the former India captain for the role, which will require him to raise awareness about India’s Tokyo-bound team, national daily The Hindu has reported.

“I will accept the role,” said Ganguly while confirming that he had received the proposal from the IOA.

It is only the second time that the Indian contingent will have a ‘goodwill ambassador.’ Ahead of the Rio Olympics in 2016, the IOA had brought Salman Khan on board.

The decision had kicked up a storm, with London Olympics bronze medalist Yogeshwar Dutt and sprint legend Milkha Singh questioning the move. Many others, including boxer Mary Kom and former India hockey captain Sardar Singh, backed the move, saying it would enhance the popularity of Olympic sports.

The Tokyo Olympic Games will be held from July 24 to August 9.